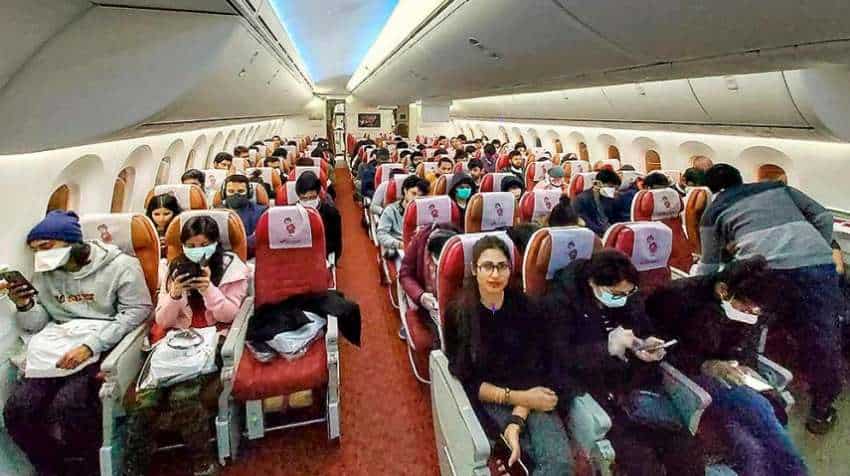 Accordingly, the airline is expected to operate close to 700 flights between India and at least 53 countries during this phase, airline sources said.
Written By: IANS
RELATED NEWS

National carrier Air India on Saturday commenced the fifth phase of the `Vande Bharat Mission`. Accordingly, the airline is expected to operate close to 700 flights between India and at least 53 countries during this phase, airline sources said. In the fourth phase till July 30, the airline had operated 617 flights to bring back around 110,383 passengers.

According to sources, the airline along with its subsidiary Air India Express, is expected to repatriate more than 1.2 lakh passengers from these 53 countries in the fifth phase. Besides, the airline will continue to deploy the majority of its assets in the 5th phase, which will see ultra-long-haul flights to north America.

It will also operate extra flights to the UK, Canada and also service the Hong Kong route. The airline is also servicing the domestic sector.

Air India had operated its first evacuation flight under India`s "Vande Bharat Mission" from New Delhi to Singapore on May 7.

India has been undertaking one of the world`s largest repatriation operations from May 7, when Air India and Air India Express started the first phase of the mission.

Prior to VBM, the biggest ever evacuation exercise was also led by Air India. In 1990-91, the airline along with partner carriers repatriated stranded Indians from Kuwait. That time it had brought back 111,711 Indians on 488 flights.