It`s curtains for the biennial Aero India 2019 air show after a spectacular flying display by fighters, helicopters and jet trainers delighted about a lakh visitors at the IAF Yelahanka base here on Sunday. 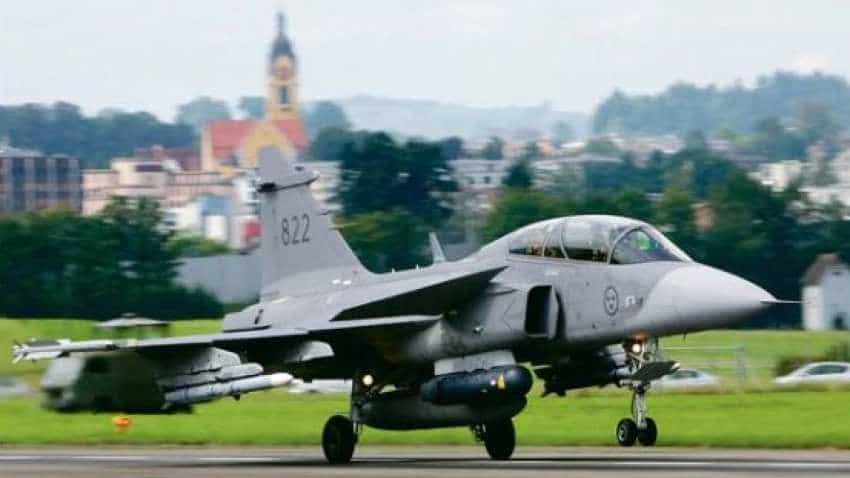 Aero India 2019: As many as 600 Indian and 200 foreign companies participated in the expo and showcased technologies and products. Image source: Reuters

It`s curtains for the biennial Aero India 2019 air show after a spectacular flying display by fighters, helicopters and jet trainers delighted about a lakh visitors at the IAF Yelahanka base here on Sunday. Asia`s premier air show was, however, subdued this time, marred as it was by two tragedies. On Saturday, a massive fire in the parking lot gutted about 300 cars.

Ahead of the event on Tuesday, an IAF pilot died after two aerobatic Surya Kiran Hawk jets collided midair and crashed near the air base while rehearsing for the flying display. Though the Surya Kiran Aerobatic Team (SKAT) did not participate in the flying display on the first three days of the show in the wake of the tragedy, on Saturday seven of its Hawk aircraft roared in the blue sky and treated the visitors to daredevilry and dazzling formations. They participated on Sunday too much to the delight of the crowds.

"Surya Kirans received thunderous applause from the public. We are proud of their return," said Bengaluru IAF Training Command Air Officer Commanding-in-Chief R.K. Bhadauria. Besides French fighter Rafale, F-16 of the US-based Lockheed Martin, homegrown Light Combat Aircraft (LCA) Tejas and IAF`s Sukhoi-30, Jaguar and transport aircraft were among the 61 aircraft that participated in the static and flying display at the show.

"An estimated 4 lakh people visited the air show, with 3 lakh footfall on the first four days since Wednesday," Defence Production Joint Secretary Amit Sahai said at the valedictory function on the fifth and concluding day. However, the footfall was down 25 per cent compared with the previous edition of Aero India in February 2017, when 5.4 lakh guests visited the air show.

Karnataka Governor Vajubhai Vala, state Chief Secretary T.M. Vijay Bhaskar, state-run aerospace major HAL Chairman and Managing Director R. Madhavan also attended the valedictory function. "This Aero India was special being a runway to new opportunities, as the tagline said. This edition grew over the years and had a special theme each day this year," Bhadauria said at the finale.

As many as 600 Indian and 200 foreign companies participated in the expo and showcased technologies and products. Global aerospace majors flew in their aircraft for static and flying display on the tarmac facing the runway, a statement from the Ministry of Defence said.

"In all, 54 countries took part in the trade expo, 44 foreign delegations were present for the inaugural event on February 20. About 500 B2B meetings were held and 50 agreements signed between the public and the private firms at the expo," Sahai said.