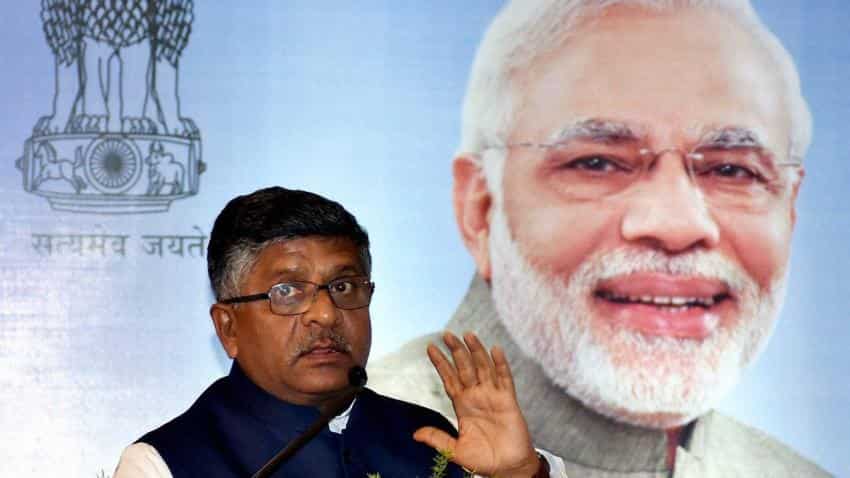 As the row over alleged breach of Aadhaar raged, the Centre today said innovations happening in the country cannot be killed under the "garb of privacy" even as the scheme's architect Nandan Nilekani felt there was an "orchestrated campaign" to malign it.

Putting up a robust defence of the ambitious scheme of providing a 12-digit unique identity number to the citizens of the country, Union Law minister Ravi Shankar Prasad said finger print and iris data stored in the Aadhaar system are safe and secure and cannot be breached even by "billions of efforts." He also made an appeal not to "overblow" the issue of data breach.

The alleged breach of Aadhaar brought to fore in a recent newspaper report has triggered privacy and security concerns. The Delhi police filed an "open-ended FIR" following a complaint by the Unique Identification Authority of India (UIDAI) against The Tribune newspaper and its reporter.

"Travelling is your private affair. But everything is recorded if you take public transports like flights. What you eat is your personal choice, but if you eat in a restaurant it is recorded by a bill. Therefore, let us not overblow this issue of privacy," he said, adding that "innovations happening in the country as part of digital revolution cannot be killed under the garb of privacy."

"What is strictly private is medical and banking records. When you talk about privacy, there should be a balance between data availability, data utility, data anonymity and data privacy," he said at the inauguration of the 6th Annual International Commerce Conference in Delhi.

Prasad also talked about how a number of fake accounts and teachers were identified with the help of Aadhaar cards, thus helping the government save precious resources.

"Aadhaar does not contain community, religion, medical, educational or income reports. The system instead contains iris and finger prints kept in a safe and secure encrypted form which cannot be broken into even by the billionth of efforts," he said.

Speaking at another event under the aegis of Delhi School of Economics, Prasad showed his Aadhaar card to the audience and said: "The (Aadhaar) system contains my finger print and iris kept in safe and secure encrypted form which cannot be broken even by billions of efforts. That is an Indian technology."

Stating that Aadhaar is here to stay, Nilekani said the issue of its alleged breach has been blown out of proportion as there are far too many security layers and that it is not possible to randomly pore over it.

"There is hundred per cent an orchestrated campaign to see how Aadhaar gets maligned, yes absolutely," the former chairman of UIAI told ET Now on the sidelines of an Infosys event in Bengaluru.

Further referring to FIR filed in the Tribune case, he said negative views on Aadhaar will have negative reactions and hence, it would be better for people to have a constructive view on it.

"If you are just taking a negative view, and not a constructive view, then you also have other (negative) reactions. I think, everybody has to accept Aadhaar is here to stay," The former UIDAI chief said.

The Aadhaar is here to stay because as many as 119 crore people have it, 550 million have linked the numbers to their bank accounts and Rs 95,000 crore transferred into DBT accounts, he added.

Nilekani said he was very confident of the Supreme Court upholding Aadhaar under the fundamental right of privacy because it meets the test of the law being proportionate and reasonable.

Replying to a query, he welcomed putting in place a two- layer security to reinforce privacy protection for Aadhaar ID number holders by the UIDAI.

"I think this is a very significant announcement by UIDAI and in some sense it really makes the case against it go away," he said.

The former UIDAI chief said it has introduced a virtual identification for ID holders so that the actual number need not be shared by the people to authenticate their identity.

Simultaneously, it has further regulated the storage of the Aadhaar number within various databases, he added.