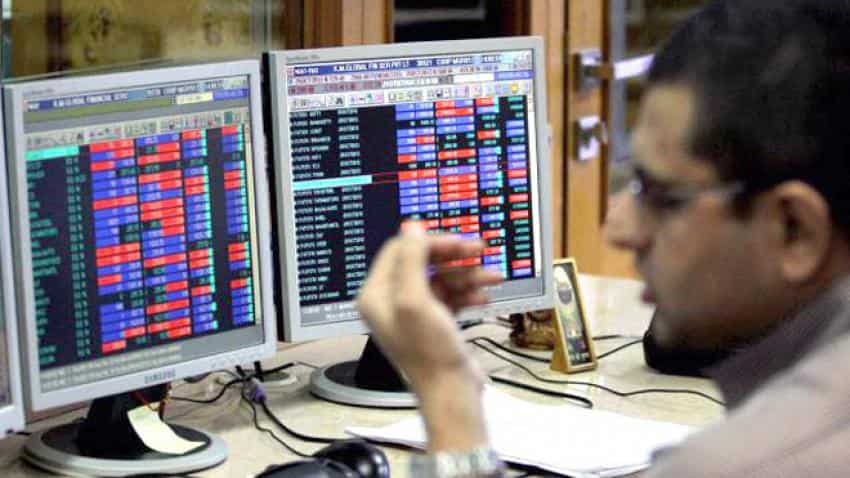 ‘Disclaimer: This story is for informational purposes only and should not be taken as investment advice.'

Even as the benchmark indices slipped into the negative territory following the Economic Survey for 2017-18, which was tabled in Parliament yesterday, brokerages have buy call for the following stocks.

We maintain our thesis that TECHM has highest margin levers (although played out much earlier), its enterprise business is on strong footing and now with green shoots of 5G capex visible, all the ingredients for high revenue/EPS CAGR are in place. Hence, we raise our target multiple to 15x (14x earlier). Maintain ‘BUY’ with revised TP of Rs740 (Rs 546 earlier).

Furthermore, LTFH is maintaining its strategy of utilising windfall gains (goodwill amortisation due to merger) to strengthen balance sheet via voluntary and accelerated provisioning. Despite this, LTFH reported Q3FY18 PAT (consolidated, pre-preferential dividend) of Rs 3.8bn (up >40% YoY). We believe with catalysts in place — strategic roadmap, targeted milestones and committed top brass, LTFH is set to generate ~20% RoE by FY20E (~10% in FY16), which could trigger further rerating. Maintain ‘BUY’.

HDFC’s Q3FY18 PAT of INR56.7bn was largely aided by net investment gain of Rs 36.7bn (Rs 52.5bn from stake sale in HDFC Life, of which Rs 15.75bn was used to make contingency provisions). NII growth remained soft at ~14% YoY, which coupled with modest net fee income (Rs 400mn, indicating rising competitive intensity) led to sub-10% revenue momentum. However, there were signs of pickup in growth—overall loans grew >19% YoY (~15% average run rate in past eight quarters) led by non-individual (up >20% YoY) and individual (up 18.6% YoY benefitting from affordable housing) segments. GNPLs were steady at 1.15% (1.14% in Q2FY18).

Despite steady operational performance, valuation at 2.6x FY19E P/BV (core mortgage after building in capital raise) appears fair for core operating profit growth of ~16% and RoE of 16% in FY20E. Hence, maintain ‘HOLD’.
Given its market leadership position, HDFC is envisaged to be a key beneficiary of government’s/regulator’s thrust on the housing sector, lending growth visibility (signs visible this quarter onwards). Best-in-class cost ratios and adequate provisioning buffer will ensure steady operational performance. Value discovery via listing of HDFC Mutual Fund will be a positive trigger. As we build in the capital raising and roll to FY20E earnings, we revise our SoTP-based target price to Rs 2,130 assigning 3.5x FY20E P/ABV to its mortgage business (Rs 1,777 earlier).  We. therefore, maintain ‘HOLD/SP’.

Shriram Transport Finance Co (3QFY18):  Maintain BUY
(TP Rs 1,669, CMP Rs 1,432, MCap Rs 325bn)
SHTF  continued  to  exhibit  its  dominance  in the used CV space with yet another  solid  show.  Disbursements  hit an all-time high (+65/8% YoY/QoQ) driven  by  higher demand for new CVs. Lower provisioning (down 4% YoY) and better asset quality performance (GNPA down 8bps QoQ) led to a net earnings growth  of  43%  YoY.  Sticky NIMs, (7.5%) despite the fall in yields was a positive surprise We  believe SHTF’s widening presence and unparalleled acumen in the used CV market  gives  it a competitive edge. An uptick in the capex cycle will not only propel growth but also help in asset quality healing.

Mid-teen growth, moderation  in  provisioning  and  reduction in CoF will crystallize into a RoAA  improvement  of  36bps  over  FY18-20E. With our conservative NIM and provisioning  estimates, an earnings beat is likely. Maintain BUY with a TP of Rs 1,669 (2.75x Dec-19E ABV of Rs 607).

A play on potential margin expansion: 3QFY18 revenue grew 3.8% QoQ to $ 122.5 mn, in line with our estimate of $122 mn. YoY growth was 12.3%v/s in 2Q. While Digital segment grew 9.2% QoQ, excluding the Parx acquisition, organic growth was 4% QoQ, tepid by its standards. Accelerite was soft too, with revenue down 17% QoQ. Sustained revenue growth needs replacement of end-of-life products with new solutions – which, however, is some time away, in our view.
PAT increased 11% QoQ to Rs917m, above our estimate of Rs 862m, led by operating beat and a lower effective tax rate of 22% (estimate of 25%).
Valuation and view: Our positive thesis on PSYS was based on the bottoming out of margins in FY17, and flat 9MFY18 margins YoY have been on expected lines. We believe that further upside in PSYS will need margins to expand from current levels. We see a three-pronged possibility for the same: [1] Reversal of IBM IoT margins to positive next fiscal, [2] Continued improvement in margins in Digital and [3] Continued focus on non-linear characteristics of incremental revenues. We estimate 130bp improvement over FY19 and FY20 to 17.2%. Our price target of RS900 discounts forward earnings by 15x, with the target multiple embedding its focus on high-quality revenue growth and levers to margin expansion. Maintain Buy.

Valuation view: The proposed acquisition of JPA’s assets would help ORCMNT to raise capacity by 38% at reasonable valuation and to reduce lead time significantly. While the move would be dilutive to earnings and return ratios over the near term, it will help ORCMNT become a pan-India player by diversifying into newer markets of central/east India. We like the quality of assets, and thus, believe that combined valuation of USD85/t (i.e. Orient’s current + proposed asset valuations) is attractive.
The stock trades at EV of 10.8x/7.8x FY19E/20E EBITDA and ~USD77 per ton on standalone operations. We value ORCMNT at EV/ton of USD86 on FY20E, at a ~30% discount to replacement cost, and accordingly assign a TP of Rs179. Buy.

We expect revenue growth of 19% YoY, led by a pick-up in the execution of the Eastern Peripheral Expressway project, which had faced hurdles in 2QFY18.

We expect operating margin to improve 70bp to12.5% and operating profit to improve 26% YoY to Rs 779 mn. Net profit is expected to remain flat, given an increase in interest and depreciation charges. Maintain Buy.

We expect BHE to register revenue growth of 14% YoY, supported by execution of Akash missile system, IACCS, and ship-borne EW systems.  We expect gross margin to decline 560bp YoY to 45%, led by adverse product mix and lower contribution from the service segment, which is a higher-margin business. We expect EBIDTA margin of 16.1% v/s 23.1% in 3QFY17 on account of weak product mix. EBITDA could decline 21% YoY to Rs3.8b. PAT is expected at Rs3.0b (-18.5% YoY). Maintain Buy.

With strong growth in the VF segment, coupled with gradual improvement in LAP, we expect AUM growth to pick up to 16% in 3QFY18 compared to 14.4% in the prior quarter. Spreads are expected to be stable sequentially, but up 40bp on a YoY basis, largely due to lower cost of funds. As a result, NII growth is expected to be strong at 24% YoY. Calculated cost-to-income ratio should decline 50bp to 41.9%.

Key issues to watch for

PNB, BHEL among 10 buy and sell calls for Friday's trade