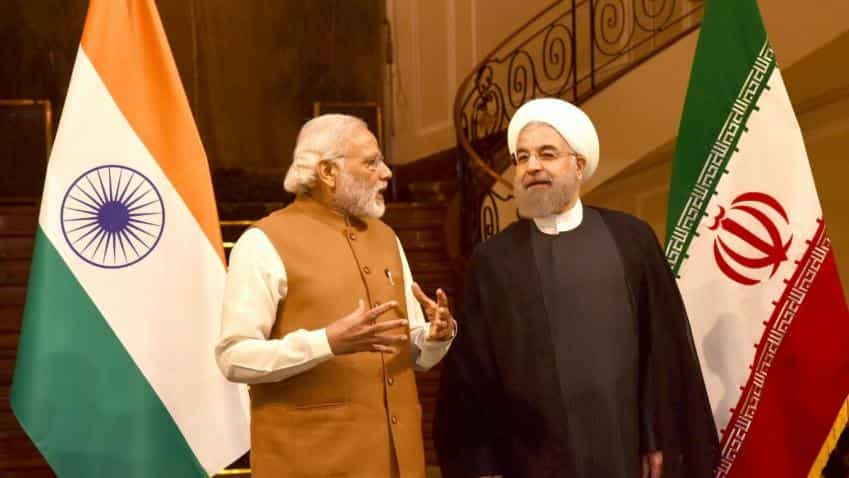 Apart from doubling oil imports from Iran, the Chabhar port deal has been one of the most important focus points for the Indian government since the international sanctions on Iran were lifted last year. It opened up the gates for trade, investment, infrastructure and energy with Iran, Modi said, according to a PTI report.

On Monday, Modi and Iranian President Hassan Rouhani signed the agreement to build the Chabahar port that will open up access for India to Iran via sea and onward to Afghanistan, Russia and Europe via a road and rail link.

Here’s why Chabahar port, in the Gulf of Oman is important for India.

1) Location, Location, Location!: To be built on the South Eastern coast of Iran, the Chabahar Port will give India direct access to Afghanistan, Russia and Europe, by circumventing Pakistan. This will do away with Pakistan acting as a barrier between India and Afghanistan's trade. Currently India's access to Afghanistan and onward to other Central Asian countries through land is blocked due to opposition from Pakistan.

The country doesn't let Indian goods to Afghanistan, and has only about started letting a trickle of goods come from Afghanistan into India, an NDTV report said.

2) Faster transfer of goods: The strategic location of the port will enable fast transport of goods to Iran and onwards to Afghanistan and Russia through a new rail and road link. According to another PTI report, the distance between Kandla and Chabahar is less than Mumbai - New Delhi.

4) Save on urea subsidy: The government is looking to invest Rs 1 lakh crore investment in the Chabahar free trade zone. "We spend Rs 45,000 crore annually on urea subsidy, and if we can manufacture it in the Chabahar free trade zone and move it through the port to Kandla and onward to hinterland, we can save that amount," Road Transport, Highways and Shipping Minister Nitin Gadkari said.

5) New industries: Apart from urea plants, the government is also looking at setting up steel and aluminium industries in the free trade zone, Gadkari said earlier on Monday. This is because gas and electricity are cheaper in Iran while there's a shortage of gas in India. "We can also make petroleum products here," he added.