10.08% economic growth rate row rages: 'Nothing official about it'

Amid ongoing controversy over the back series GDP figures showing better economic performance during the UPA regime, the Ministry of Statistics and Programme Implementation (MoSPI) today said "these are not official estimates" and the data will be released officially later. 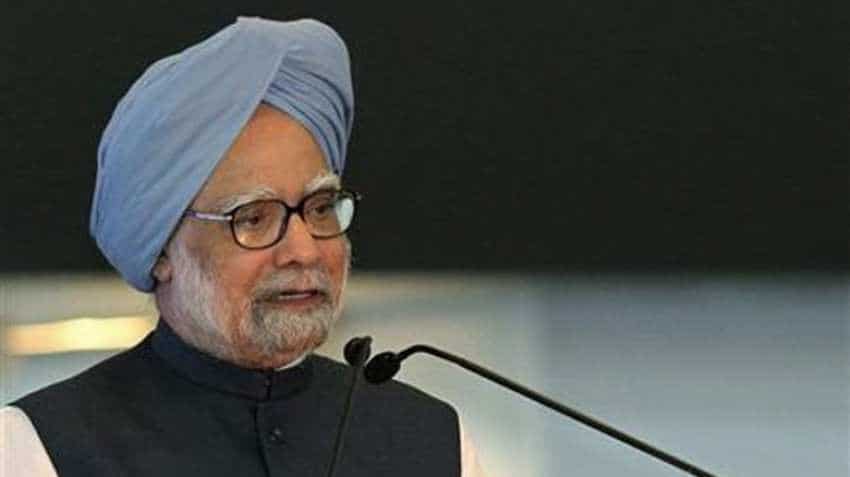 Indian economy clocked a 10.08 per cent growth rate in 2006-07 under the then Prime Minister Manmohan Singh, the highest since liberalisation of the economy in 1991. Image source: Reuters
Written By: PTI
RELATED NEWS

Amid ongoing controversy over the back series GDP figures showing better economic performance during the UPA regime, the Ministry of Statistics and Programme Implementation (MoSPI) today said "these are not official estimates" and the data will be released officially later.

As per the back series data on GDP based on the report of Committee on Real Sector Statistics, Indian economy clocked a 10.08 per cent growth rate in 2006-07 under the then Prime Minister Manmohan Singh, the highest since liberalisation of the economy in 1991.

Commenting on the back series data, senior Congress leader P Chidambaram had said the UPA governments delivered the best ever decadal growth and lifted 140 million out of poverty.

"Truth has triumphed. The back series calculation of GDP has proved that the best years of economic growth were the UPA years 2004-2014," he said in one of his tweets. In a statement, the MoSPI said the estimates in the report on the back-casting of GDP series are not "official estimates". The National Statistical Commission (NSC) too said the methodology for back-casting GDP series is "work in progress" and yet to be finalised.

The NSC had constituted a Committee on Real Sector Statistics under the Chairmanship of Sudipto Mundle in April, 2017 for improvement and modernisation of real sector database. The committee also looked at the issue of data challenges in bringing out the Back Series of GDP (Base 2011-12) as several new sources had been used in the current series, which were not available or not reliable in the earlier series (Base 2004-05).

"...The estimates in the Report are not official estimates and are meant only to facilitate taking a decision on the appropriate approach," it said.

These recommendations of the NSC Committee will be examined by MoSPI and other experts for deciding on the appropriate methodology to be adopted for generating the back series estimates for each sector, the ministry said.

"The Advisory Committee on National Accounts Statistics will be deliberating on the Back Series estimates before finalising the same for continuity, consistency and reliability," MoSPI said.

Similarly, Kumar said that the over 10 per cent growth rate during the Rajiv Gandhi government was debt funded, leading to disastrous collapse of growth in 1990-92 forcing India to physically transfer gold reserves abroad to avoid a debt service default. MoSPI further said the statistical processes involved in producing such estimates are open, transparent and in line with the best international practices and standards.

"The processes and estimates are evolved after detailed deliberations in various technical committees and the recommendations placed in the public domain.

"Efforts have also been made to increase the sample size and use of high frequency data released by various agencies," it said. These measures, MoSPI said, are in accordance with international best practices and have been largely appreciated by different sections of society, including research analysts, experts, international organisations.

In the clarification on back series of National Accounts Statistics, MoSPI said the government would like to present a proper perspective on these issues so that the end users and public at large become aware of the processes involved in generation of these estimates and in the base revision exercise.