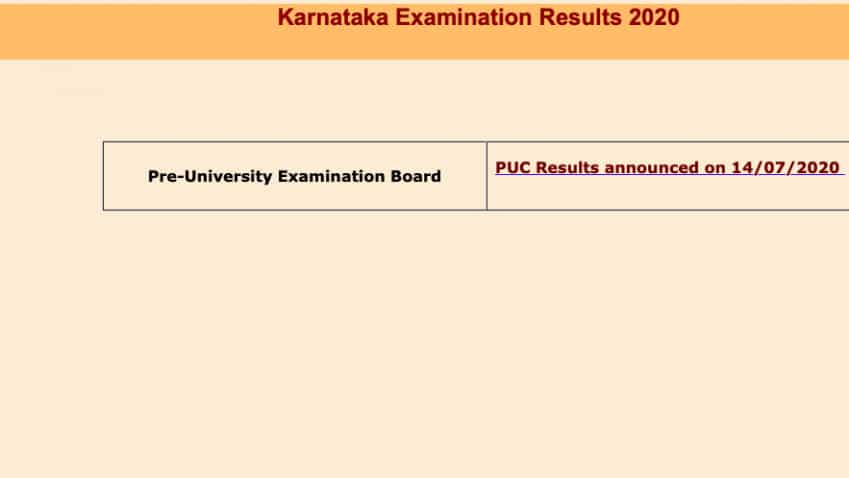 The KSEEB class 10th result can be checked online on the mentioned website, once declared.
Written By: ZeeBiz WebTeam
Edited By: Harish Dugh
RELATED NEWS

Karnataka SSLC Results 2020: The Karnataka Secondary Education Examination Board (KSEEB) is set to declare the Secondary School Leaving Certificate (SSLC) result on Friday at board’s official website karresults.nic.in. The KSEEB class 10th result can be checked online on the mentioned website, once declared. The Secondary School Leaving Certificate which is commonly referred to as SSLC is a certification obtained by a student on successful completion of an examination at the end of study at the secondary schooling level in India.

The SSLC is obtained on passing the grade 10 public examination or Class 10th board examinations in India. Primary and Secondary Education Minister of Karnataka S. Suresh Kumar had earlier confirmed that the SSLC results 2020 will be announced in the first week of August.

An estimated 8.4 lakh students appeared in SLCC final exams in June, July and are waiting for their Karnataka SSLC results 2020. The exams were conducted around 3,000 centres across the state.

The Karnataka SSLC exam had to be postponed in the wake of Coronavirus pandemic. It was earlier scheduled to be held between 27 March and 9 April 2020. KSEEB later conducted the exam between 25 June and 4 July. Students were asked to wear face masks, and arrangements for sanitisers and thermal scanners were made by the state government.

Last year, Karnataka SSLC result was declared on 30 April. The overall pass percentage was 73.7 percent. The pass percentage of girls was 79.59 while for boys it was 68.46.