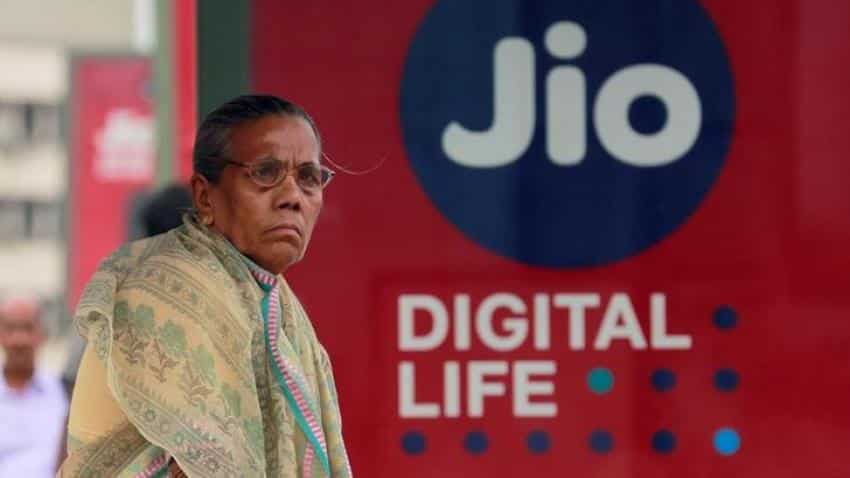 A woman waits at a bus stop with an advertisement of Reliance Industries'' Jio telecoms unit in Mumbai. Image Source: Reuters
Written By: Reuters
RELATED NEWS

At first glance, Indian telecoms upstart Jio`s bet on `free` internet-enabled phones to win over poorer customers is a near-fatal blow for low-end handset makers, most already struggling with paper-thin margins on some of the world`s cheapest devices.

But industry executives and analysts say Jio`s crossover feature phone - not quite a smartphone, not quite a no-frills handset - could, in fact, be a boon to the lower end of the market and suppliers that feed it, creating a new in-between category and getting more people online for the first time.

Last week, it announced a new phone, which allows digital payments and will come effectively free. Buyers can get a device for a refundable fee of 1,500 rupees ($23.30).

Currently over 60 percent of India`s roughly 750 million mobile users use phones that allow only calls and basic texts, making so-called feature phones the country`s single largest segment. But many will soon move up the chain.

"The concept of 4G feature phones is not new, and most Indian firms have already done their R&D," said Jaipal Singh, analyst with tech research firm IDC. "Brands such as Micromax, Lava, Intex and Karbonn will launch similar devices to either compete or partner with Jio."

Micromax, one of India`s largest brands, said it was working on a 4G feature phone that would rival Jio`s compromise offering. Lava, which launched India`s first low-cost, 4G-enabled phone this year - selling for about $50 - said it could launch more if there was demand.

Samsung Electronics, the largest player in India thanks to its range of offerings, from high-end smartphones to basic $15 handsets, expects the new offerings to expand the whole market and "boost Samsung`s mobile phone sales in future".

But the industry will still face tough times for now, as Jio`s deep pockets still squeeze rivals - and its suppliers.

HMD Global, a Finnish company that owns the rights to the Nokia phone brand, this year launched a revamped version of the Nokia 3310, which retails in India for about $50.

A senior Reliance executive said the company plans to have 5 million phones available each week, but is concerned its supply chain may not be able to keep up with demand.

Ambani`s bet is not just business. The deal is also a boost for two of Prime Minister Narendra Modi`s key campaigns: "Digital India", which aims to get more Indians online, and "Make in India", to encourage local manufacturing.

The Reliance executive said it aims to have all the assembly of its JioPhone devices done in India by the year-end, by the likes of Foxconn Technology Co and Flextronics Corp.

Smartphones remain popular in India`s cities, but the JioPhone will allow Jio to connect millions of new clients in smaller towns and the countryside, who prefer a simpler user interface, local language scripts and chunkier batteries, said Tarun Pathak of Counterpoint Research.

The JioPhone will give them a first taste of high-speed web browsing and is likely to gradually boost online shopping in the world`s fastest-growing internet services market, analysts said.

Reliance plans to weave NFC (near field communication) - a wireless technology that allows two devices to connect - in the JioPhone later this year, a move likely to accelerate the adoption of digital payments.

Jio has acquired more than 125 million customers since its launch last year, primarily by offering free voice and unlimited data plans, but a further expansion of its customer base hinges largely on the availability of entry-level 4G-enabled devices.