Yes Bank Q1: Ravneet Gill at helm, will lender outperform or has it 'dug itself into a hole'? Check what may be on cards

This would be Ravneet Gill, CEO & MD of the Yes Bank’s second quarterly audit report. Among major development, investors would keenly look forward for growth outlook in the fiscal going forward. 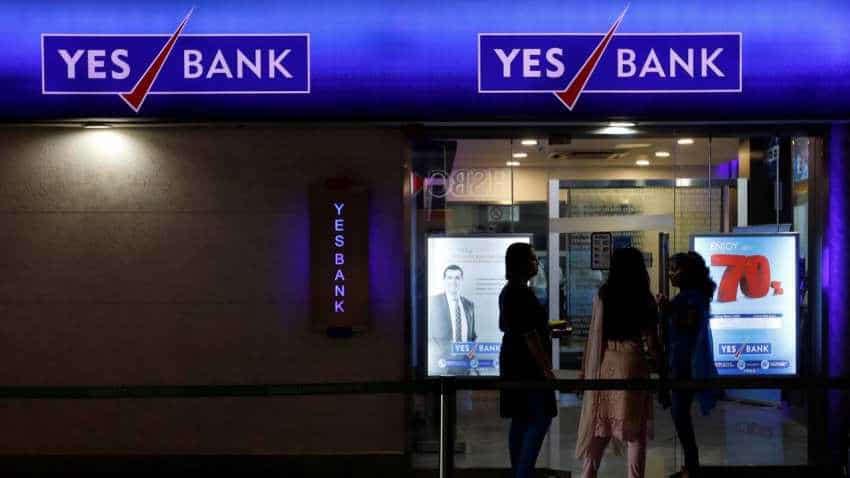 Private lender Yes Bank, which has been in the news for months till recently, will be announcing its Q1FY20 result anytime on Wednesday. Photo: Reuters

Private lender Yes Bank, which has been in the news for months till recently, will be announcing its Q1FY20 result anytime on Wednesday. This would be Ravneet Gill, CEO & MD of Yes Bank’s second quarterly report. Among major developments expected, investors would be keenly looking forward for a growth outlook in this fiscal going forward, and whether there is profit in store. Led by hefty gross NPAs, the lender in Q4FY19 had to set aside 9 times higher provisions compared to Q4FY18, which in return impacted overall earnings, as the bank recorded net loss of Rs Rs 1,506.64 crore compared to net profit of Rs 1,179.44 crore in Q4FY18.

On Wednesday, the share price of Yes Bank was already facing heat from investors by trading at Rs 100.65 per piece down by 3.08%. A Rs 108.40 per piece and Rs 99 per piece intraday high and loss respectively have been closed.

For Q1FY20, Edelweiss Securities in its note said, “Growth is likely to moderate from the higher levels seen in earlier quarters; Fee income traction will also be softer due to change in recognition policy. Performance of stress pool will be a key monitorable.”

On the other hand, Phillip Capital experts in their note explained that, Credit growth to remain muted at c.2% qoq; was 11% in 2QFY19. Meanwhile, NIMs to moderate yoy on higher slippages. Also, fee income to moderate due to new recognition policy.

Also, given the capital constraints, Emkay in its note said, “we expect loan book to decline further. Corporate fees are expected to be subdued but no reversals to happen unlike in Q4FY19. NIMs may contract due to higher NPA formation, but treasury should lend some support. Slippages to remain elevated with flow from reported stress pool and outside stress pool as well.”

While, analysts at Prabhudas Lilladher in its research note sees most metrics like business growth, CASA, NIMs and earnings will be strong, while also not see major hiccups in asset quality with credit cost close to 50-55bps. However, the bank has been lower in its key savings interest rate on <1lk balances and hence.

Recently, Nilanjan Karfa  and Harshit Toshniwal, Equity Analysts at Jefferies said, “YES has dug itself into a hole; It's down 60% since 1 Mar, when the new CEO took over. It's below inv. grade book has inched up materially (7.4% of exposure); any lumpy NPL will shave off its wafer thin capital below regulatory level. Not surprisingly, mgmt. assurances have helped little. Upside rationale, if any, completely hinges on the bank's ability to raise capital.

At present, Yes Bank’s stock price has breached levels we would not have previously anticipated in any rational or logical assumptions, and now trades materially below our last published downside price. The duo at Jefferies added, “Clearly there's more than meets the eye, perhaps a limited clean up of asset quality issues, something we had alluded to in our Q4FY19 earnings assessment, keeps the Street on the edge.”