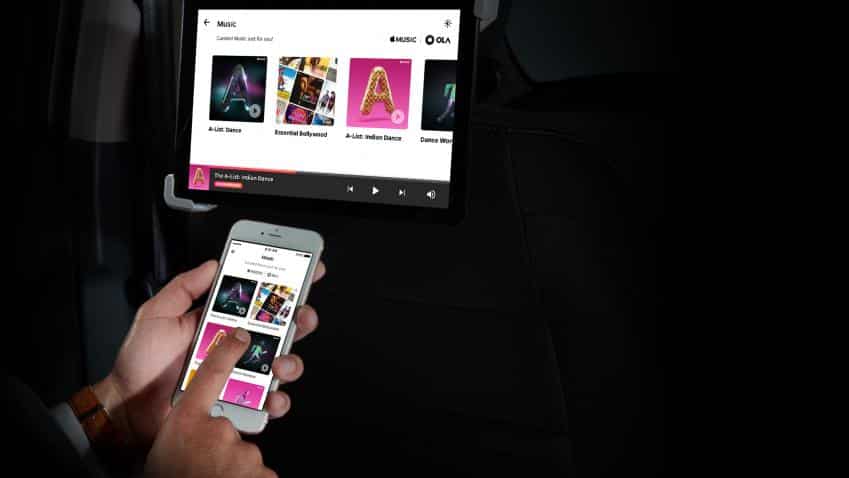 Indian consumer internet sector comprising of cab aggregator platforms like Ola and Uber along with grocery and fashion e-commerce platforms slowed down in 2016.

Overall growth rate was recorded at 29% for the year as compared to 66% in 2015, a report by RedSeer showed.

Online travel agents however, made the most out of 2016, consuming nearly 30% of the market share, the report said.

“While the remaining 70% is distributed among 20 sub-verticals including Horizontal e-tailing, Fashion, Furniture, 3PL, Grocery, Hotel, Food Tech, Cab Aggregators, Ed Tech, Alternative Lending and so on,” the report added.

The report further added that while this sector witnessed moderate growth, the investments in the industry saw a significant decline.

This is how the Indian consumer internet platforms performed:

1. Horizontal e-tailing:
Horizontal e-tailing took a dip in 2016 compared to the growth shown by this sector in 2015. There were multiple challenges faced by players, from reeling under change of government regulations to less circular trading and disinterest from investors, the report said.

The sector garnered $900 million in funding and sector performance amounted to $12 billion, this calendar year.

2. Cab Aggregators:
“Along with the horizontal e-tailing, cab aggregator is the largest disruptor of the online consumer internet market,” the report said.

Citing the reason for this slowdown, the report said, “This is also the industry which has seen the fastest impact on the way consumers choose between online and offline options.”
The industry garnered $300 million in funding and sector performance was at $1.5 billion.

3. Fashion:
The fashion industry, which accounts for 20-25% of the Indian e-tailing segment saw moderate growth on account of Flipkart and Jabong merger among other ‘tipping points,’ the report said.
This sector saw $300 million in funding and its sector performance was at $3.5 billion.

4. Alternative Lending:
The loan options provided to individuals and business owners outside conventional methods of banking comprised the alternative lending sector.
“With as high as 75% of the SME loan not being fulfilled, alternative lending on the back of sharp analytics and quick disbursal, is expected to disrupt the lending industry,” the report said.
Funding amounted to $200 million in this sector.

5. Education technology:
The report said that due to the emergence of ‘targeted business models,’ boosted this sector.
“The Education industry faces the challenge of finding paying customers and hence the conversion rate is low. But those already investing in this sector online are able to provide a significant high life time value and stickiness as customer,” the report said.
The funding in this sector amounted to $200 million in 2016, while its sector performance was at $2.5 billion.

6. Grocery:
Grocery platforms like Grofers, ZopNow and BigBasket, showed a 'promising start this year.'
Speaking about the Average order Value (AoV) the report said, “Grocery has shown very promising start, with a high AoV and higher repeat customer base, the life time value of customers in Grocery market is one of the highest.”

Funding in this sector was at $200 million while sector performance amounted to $300 million.

7. Food technology:
Food tech startups like Zomato, Food Panda and Swiggy saw a fairly good sector with consumers willing to pay for convenience charges.
“With restaurants realizing that Food-tech can be a strong channel for acquiring and retaining customers, they are more forthcoming on adding to the revenue stack of such companies,” the report said.
This industry garnered $100 million in funding and its sector performance was at $300 million, which has been annualised on the number of units per day.

8. Hotel:
“…the Hotel Aggregators have been able to fill the gap existing in the market. Companies are looking to standardize the customer experience across different value chains, which bodes well for the sector when compared with the offline hotels,” the report said.
Funding in this sector amounted to $100 million in 2016.

9. Third Party Logistics:
Logistic services that involves management of the way resources are moved to the areas where they are required, did not have the best year.
“This is largely due to sluggish growth of the overall e-tailing market and, captive share of deliveries increasing significantly,” the report said.
The funding in this sector amounted to $ 100 million and sector performance amounted to $700 million, which has been annualised on the number of units per day.

10. Furniture:
“This is one of the most underperforming categories in the internet space. The sector faces many challenges like customers preferring in-person experience before buying any furniture, which takes away the strong value proposition of the e-tailing market,” the report said.
The funding in this sector was also low at $100 million and sector performance amounted to $300 million.