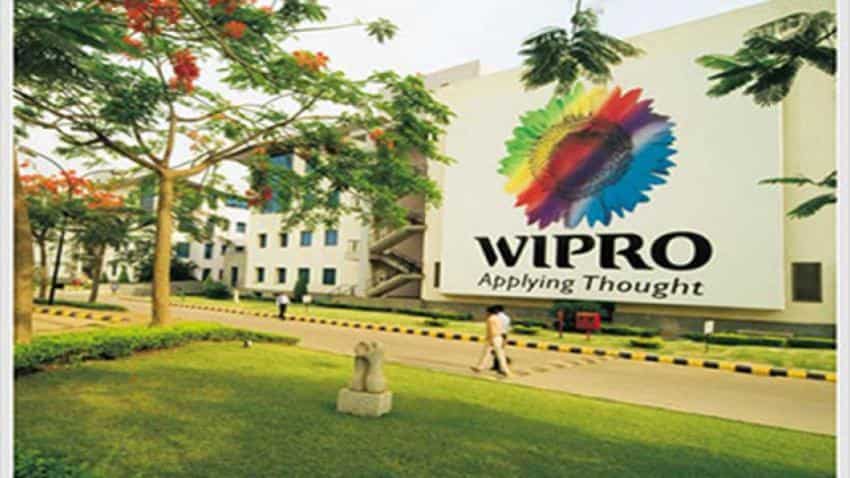 Investors were cautious on Wipro after Q4 result of its rivals' Infosys and TCS. Photo:
Written By: ZeeBiz WebTeam
RELATED NEWS

Share price of Wipro emerged among the top losers on BSE during Monday a day ahead of its fourth quarter ended March 31, 2017 result. Wipro stocks closed at Rs 491.80 per piece on BSE, down 0.28%.

Investors were cautious on Wipro after Q4 result of its rivals' Infosys and TCS.

Will Wipro be any different this Q4?

Many analysts just like its peers hope for a muted Q4.

Analysts at Motilal Oswal said, "In the previous quarter, Wipro had guided 1-2% QoQ on cross currency growth for 4Q. However, this would include 7 weeks of additional revenue from the integration of Appirio (~1.5%). Excluding this, the guidance of organic growth is -0.5% to +0.5% QoQ CC. We expect organic growth to be flat in 4Q, Appirio is likely to add 1.5pp and cross-currency tailwinds to add 0.7pp, resulting in 2.2% USD revenue growth."

Motilal expects EBIT margin in IT services is expected to decline by 65 basis points. Also the integration of lower margin Appirio and INR depreciation during Q4 will add in to the drop of EBIT margin.