The Supreme Court on Wednesday said that it may give ownership rights of all the 15 prime residential properties of embattled Amrapali Group to Noida and Greater Noida Authorities as it has failed to fulfil its obligations towards 42,000 hassled home buyers. 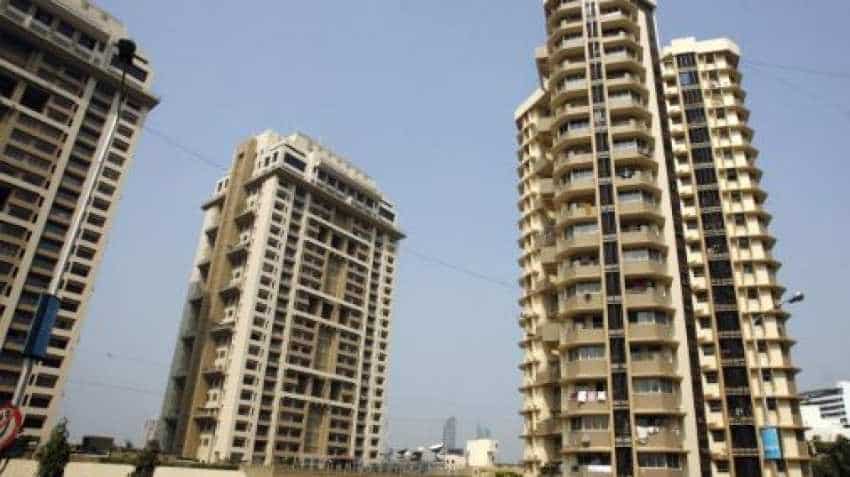 A bench of justices Arun Mishra and U U Lalit said that it would protect the rights of thousands of home buyers and push the Amrapali Group out of the projects. Reuters

The Supreme Court on Wednesday said that it may give ownership rights of all the 15 prime residential properties of embattled Amrapali Group to Noida and Greater Noida Authorities as it has failed to fulfil its obligations towards 42,000 hassled home buyers. The top court said that Amrapali Group by its own admission took Rs 11,652 crore from home buyers and invested only Rs 10,630 crore from it for construction of the residential projects. It also questioned how Amrapali Group could mortgage the entire projects and secure loan worth thousands of crores of rupees from banks when it was only an agent to develop the property.

A bench of justices Arun Mishra and U U Lalit said that it would protect the rights of thousands of home buyers and push the Amrapali Group out of the projects. "We see that entire Amrapali Group has failed to discharge its duties towards home buyers, authorities (Noida and Greater Noida) and banks. You (Amrapali Group) have neither completed any projects nor invested any money in the projects. We think, you are the one who should be thrown out of these properties. We will vest the rights of these properties with the Noida and Greater Noida," the bench said. It said that Noida and Greater Noida can then be asked to engage any builder or developer to finish the stalled projects and sell the properties under their supervision.

"We may throw you out from these properties and transfer its lock, stock and barrel to Noida and Greater Noida. The loans which have been secured by Amrapali Group by mortgaging the lands to the banks can be collected by the financial institutions from the directors of the company or the corporate guarantors.  "We will ensure that banks do not enter the premises of these properties and home buyers get the first charge on the properties," the bench said. The top court asked the counsel for Noida and Greater Noida authorities to compile all necessary data as how much money has been paid by Amrapali Group till now, what is the principal lease amount and interest component project wise and how much was the land given to the group.

Senior advocate Gaurav Bhatia, appearing for Amrapali said that the group has till now paid Rs 998 crore to both the authorities and Real Estate Regulatory Authority (RERA) Act protects the rights of the developer. He said that Rs 11,652 crore were collected from the home buyers and Rs 10,630 crore were used for construction of various projects besides paying Rs 998 crore to the authorities as lease amount.
The bench asked Bhatia to explain the income taxes paid by a Group company--Stunning Construction Pvt Ltd-- of CMD Anil Kumar Sharma and other directors saying that tax liability of directors cannot be cleared from company's fund.

Bhatia claimed that Sharma has returned Rs 5.5 crore which was paid for his income tax from the accounts of Stunning Construction while the other director Shiva Priya has said that Rs 4.3 crore tax liability paid was later adjusted towards his salary dues from the Amrapali Group. "You file an affidavit and give us each and every detail when was your income tax paid for which assessment year and when was that money paid back. Show us the transaction. Give all details of the salary or emoluments given to the directors of the company. If any facts and figures are wrong, we will severely haul them up," the bench warned.
It posted the matter for further hearing on May 10.

On May 2, two court appointed forensic auditors--Pawan Kumar Agarwal and Ravi Bhatia-- revealed that Amrapali Group gave away flats and penthouses as fees to lawyers representing it at various judicial forums. The court had said that it is prohibited under the Advocates Act and no lawyers can accept the fees in kind. Hearing a batch of home buyers' petitions, the top court had ordered all the directors of Jotindra Steel and Tubes Ltd, a supplier to the Amrapali group, to appear before the forensic auditor Pawan Kumar Agarwal over the next three days. Akhil Sureka, Managing Director in Jotindra Steel and Tubes Ltd, a public listed company, was found to be a director in group companies of Amrapali in the forensic audit.

Surekha had said that he was duped by Amrapali which owes him Rs 112 crore for the material they have supplied. On February 28, the apex court had allowed the Delhi police to arrest Amrapali group CMD Anil Sharma and two directors on a complaint that home-buyers of their various housing projects were cheated and duped of their funds. The top court, which is seized of several pleas of home-buyers seeking possession of around 42,000 flats booked in projects of the Amrapali group, also ordered attachment of personal properties of the CMD and directors -- Shiv Priya and Ajay Kumar.

The trio, under the detention of Uttar Pradesh police and kept in a hotel at Noida since October 9 last year by the apex court for not complying with its orders, was in for a shock when the court ordered the arrest on a plea by Economic Offence Wing (EOW) of Delhi Police saying that it wanted to quiz them in a separate cheating case. The court had also appointed a valuer to ascertain the exact value of 5,229 unsold flats including those booked by Amrapali for just Rs 1, Rs 11 and Rs 12 and asked the valuer to submit its report.