Let sale deed be executed on payment of Rs 240 crore out of that firstly the dues of NOIDA are to be cleared. Let the amount of Rs 240 crore be deposited by M/s. Mahagun Real Estate Private Ltd in the Registry of this Court within six weeks from this date and NOIDA shall indicate its dues within 15 days, the top court had said. 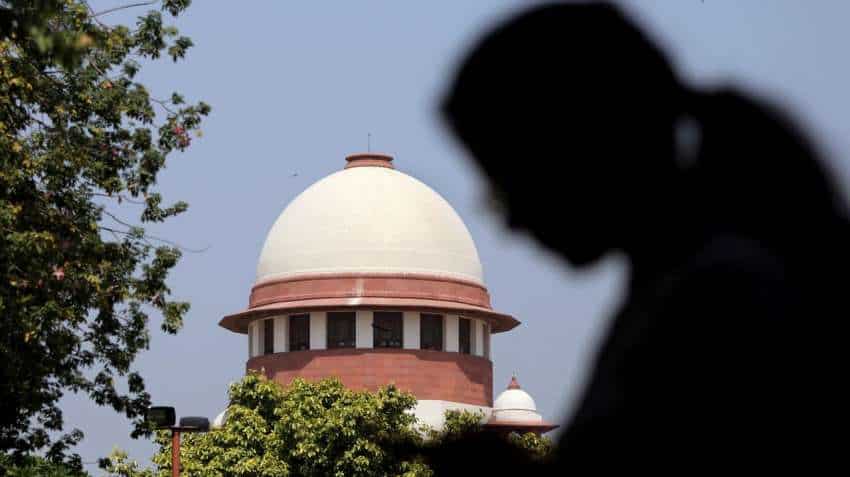 The Supreme Court Monday asked real estate firm Mahagun to deposit Rs 240 crore with the apex court registry by March 31, 2021 for the 40,000 square metre land sold to it by Amrapali Group.

The top court which had earlier directed Mahagun Real Estate Pvt Ltd to deposit the money in six weeks said that the realty group will make the deposit in three instalments.

It said that in case of default by the real estate firm, the benefits granted to it will be cancelled and NOIDA authority will auction the land.

The top court asked the firm to furnish an undertaking of the board on the plan of payments to be made and directed the NOIDA authority to apprise the court of its exact amount of dues within 10 days.

During the hearing, the counsel appearing for NOIDA opposed the proposal of Mahagun that it be allowed to mortgage the plot after the initial payment of Rs 35 crore/ It said the land cannot be mortgaged.

The court appointed receiver also contended that instead of payment of dues of NOIDA, the fund should be allowed to be used in completing the stalled projects of the now defunct Amrapali Group.

The bench said that Mahagun can only be given the right to mortgage the land after the total amount of Rs 240 crore is deposited with the apex court.

Mahagun had earlier told the top court that they are willing to deposit Rs 35 crore by October 31 and the balance amount by April 30, 2021.

It had argued that upon deposit of the initial amount of Rs 35 crore, the realty firm be granted conditional permission to mortgage the plot in favour of any bank or financial institution to raise funds.

The bench had on August 31 asked NOIDA authority to reply to the proposal of Mahagun on the issue of mortgage of land in question.

The NOIDA authority had cancelled the lease deed of the said land on September 7, 2019 on account of non-payment of dues.

Mahagun group earlier this year moved the top court seeking that the plot be transferred as a fresh allottee and it was ready to make the payment/deposit the balance price amounting to over Rs 191 crore and the dues of the NOIDA may be directed to be paid in instalments.

The top court on June 28, had said that on deposit of dues of NOIDA, the cancellation of lease shall stand withdrawn and it shall grant time of seven years to Mahagun Group to complete the project, as is granted to a new lessee.

It had said that as per the Memorandum of Understanding, out of the total sale consideration, Rs 20 crore earnest money has been paid, and the balance amount is over Rs 191 crore.

The bench had noted that since the sale agreement was entered into way back on October 9, 2017, Mahagun should make payment of Rs 240 crore for the plot, as the outstanding amount would have earned the interest at a rate of 9 per cent to 9.25 per cent.

Let sale deed be executed on payment of Rs 240 crore out of that firstly the dues of NOIDA are to be cleared. Let the amount of Rs 240 crore be deposited by M/s. Mahagun Real Estate Private Ltd in the Registry of this Court within six weeks from this date and NOIDA shall indicate its dues within 15 days, the top court had said.

The top court had said that the amount received from Mahagun would help in completion of the stalled projects of Amrapali Group.

On September 1, in a relief to thousands of home buyers of Amrapali Group, the top court had resolved the issue of interest payable to SBICAP Ventures and cleared the hurdle for funding of six stalled projects covering around 7,000 residential units.

The SBICAP, which manages the government sponsored stress fund for the real estate sector had earlier told the top court that it has decided to provide Rs 625 crore for constriction of six identified stalled projects of Amrapali Group.

The six Amrapali projects for which construction will be undertaken include Silicon Valley-1 and 2, Crystal Homes, Centurian Park Low Rise, Centurian Park O2 Valley and Centurian Park Tropical Garden, which will have around 6,970 residential units.

The apex court in its July 23, last year verdict had cracked its whip on errant builders for breaching the trust reposed by home buyers and ordered cancellation of the registration of the Amrapali Group under real estate law RERA, and ousted it from prime properties in the NCR by nixing the land leases.

It had directed the state-run NBCC to complete the stalled projects of the Amrapali Group, whose directors Anil Kumar Sharma, Shiv Priya and Ajay Kumar are behind bars on the top court's order.

It had directed the Centre and states to ensure that real estate projects are completed in a time-bound manner as contemplated in RERA and home buyers are not defrauded, and ordered the Noida and Greater Noida authorities to give completion certificate to the home buyers of Amrapali group who are already residing in various projects.