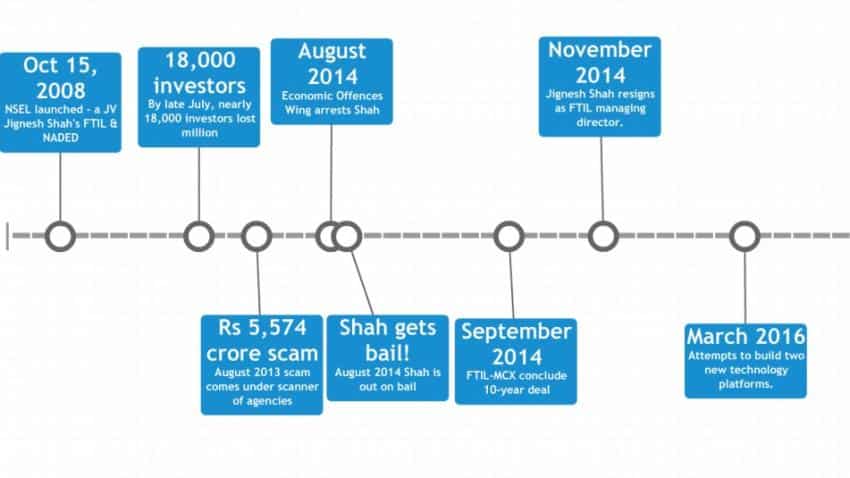 Jignesh Shah belonged to a middle class family in Kandivali and by 2008 was worth an estimated 1.1 billion dollars.

It began trading in pre-certified cotton bales for Mumbai delivery and imported gold and silver bars for Ahmedabad delivery immediately, and has since added a number of commodities.

On July 31, 2013 the crisis broke out on the exchange as it did not have money or stocks to pay to investors.

Nearly 18,000 investors claimed that they had lost millions in the NSEL exchange. The scam was said to around Rs 5,600 crore.

Jignesh Shah was arrested under Section 19 of the Prevention of Money Laundering Act (PMLA) in August 2014 and later out on bail.