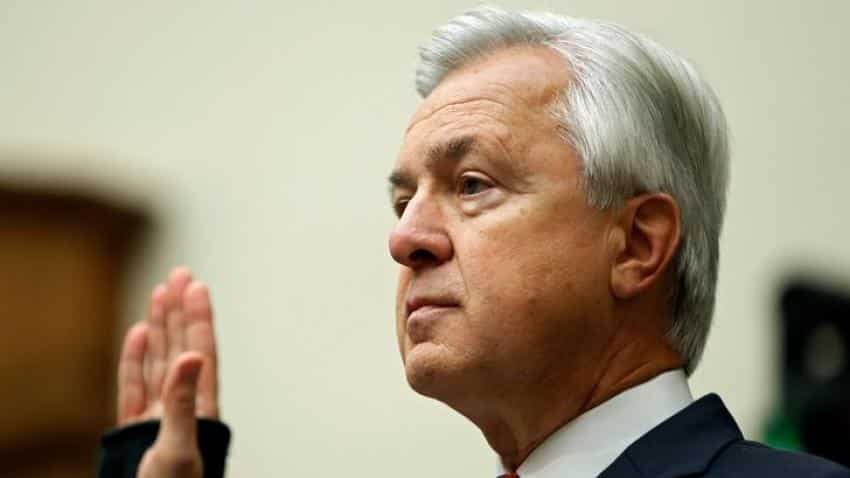 The scandal over improper sales practices at Wells Fargo & Co extended to thousands of small-business owners, according to a US lawmaker, raising questions about the scope the bank's issues with unauthorised accounts.

Vitter is a member of the US Senate's banking committee and also heads its small business committee.

Discussions between congressional staffers and Wells Fargo "have indicated that the fraudulent activity of your employees was not limited to Wells Fargo's consumer banking operations," Vitter wrote.

"Thousands of small business owners were impacted by this fraud."

A person familiar with Vitter's probe say Wells has identified about 10,000 small business accounts that were subject to improper practices. Vitter spokeswoman Cheyenne Klotz declined to comment on specifics about those practices.

Revelations of Wells Fargo's problems with small-business customers come almost a month after it reached a $190 million (nearly Rs 1,264.02 crore) settlement over opening as many as 2 million accounts in retail customers` names without their knowledge. The bank has said it fired about 5,300 employees for improperly opening the accounts.

The disclosures have caused a public furor, with Stumpf facing heated questions before two congressional committees and other US authorities launching investigations into the bank's sales practices, including the Justice Department and the Labour Department.

"While the vast majority of accounts in the settlement were consumer accounts, to the extent there were small business accounts included, all were previously reported in the total number of potentially impacted accounts," said Wells spokeswoman Jennifer Langan. "As stated earlier, Wells Fargo has already refunded 115,000 accounts. The impacted accounts, including Small Business, were part of our Retail Bank business."

A Consumer Financial Protection Board spokesman contradicted the Wells statement, however, saying its figure of nearly 2 million accounts being affected did not include small business accounts.

Wells is also battling lawsuits from former employees, customers and shareholders related to the issue. In a second letter, Vitter requested that the Small Business Administration's inspector general, Peggy Gustafson, investigate Wells, too.

Senior bank executives have apologised for opening accounts customers did not request, but characterised the issue as limited to relatively few customers and employees in the retail bank. Early results from Vitter`s examination are the first hard sign that problems may extend further.

Reuters also spoke to a former Wells employee, and a lawyer representing former employees and a former and current Wells customer, who described abusive sales practices with multiple business accounts.

Jose Maldonado, a restaurant owner in Southern California who banked with Wells Fargo for 15 years, said he discovered seven accounts after enlisting the help of his accountant. He initially closed extraneous ones, and ultimately moved his remaining business to Bank of America Corporation and JPMorgan Chase & Co.

"I don`t like Wells Fargo anymore. I don`t feel comfortable," Maldonado said in an interview. "In the past, there were sometimes crazy accounts without my permission."

An ex-Wells Fargo business banker, who declined to be identified, said employees at his former branch were required to sell products to small business customers such as hair-salon owners and carpet cleaners in packages of three - regardless of whether they needed them.

Those typically included accounts for checking, credit card processing and payroll, and were often linked to additional savings accounts, said the former Wells banker. Bankers also tacked on business credit cards and were pressured to call a Wells insurance unit, with the customer present, to push business liability policies. Langan, the Wells spokeswoman, said the bank discontinued those packages in April 2015.

Attorney Jonathan Delshad filed two class-action lawsuits against Wells Fargo in September on behalf of former employees, including one business banker, who say they were fired for refusing to create fake accounts to hit sales quotas. Wells suspended those quotas on October 1.

Other former Wells Fargo business bankers contacted Delshad after the lawsuit received media attention, he said. "Business owners are also being ripped off," one wrote to him in a message he provided to Reuters.

Business and corporate governance experts say small-business customers can be as susceptible to fraud as any customer.

Owners are typically knowledgeable about their business expertise but not about banking services, said Peter Conti-Brown, a financial regulation professor at the University of Pennsylvania`s Wharton School.

For example, a new dentist who borrows from a bank to buy a practice may then need other services that she does not even know exist, such as payroll management or credit-card clearing.

But the potential for abuse still exists, he said. A bank can sell multiple, unnecessary accounts and credit cards to sole proprietors whose needs rarely exceed making deposits and writing checks. The risk of abuse is greater when bankers are required to sell a certain number of products to meet performance goals.

"The best case is that you will sour your relationship, and in the worst case, you'll get bankers committing fraud," Conti-Brown said. "Wells Fargo has seen both of these things."