We want to keep the revenue base from India at the levels at which it stands today: Sanjay Jalona, L&T Infotech 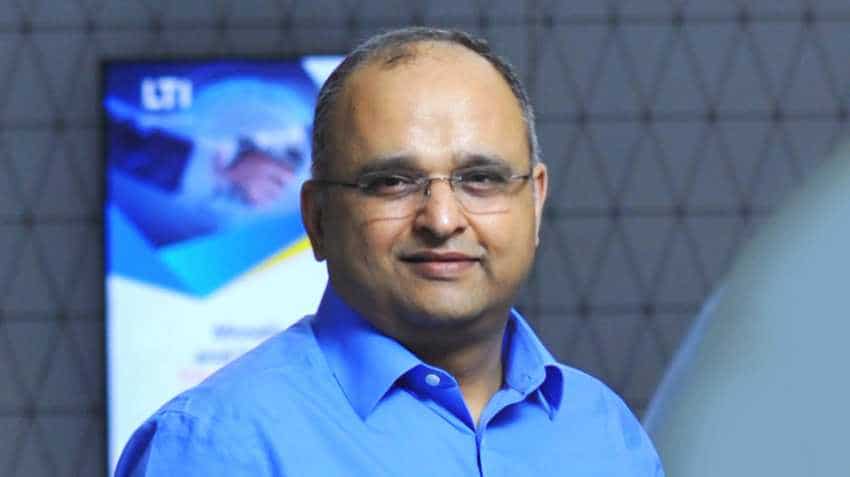 Sanjay Jalona, CEO & Managing Director, L&T Infotech says that his company has a policy where we don’t provide revenue guidance, but we have always said that net income will stand around the narrow band of 15% and it will happen.

By when the two major deals signed in Q4 will have an impact on your business and how many new deals can be signed in the new fiscal?

Two large deals have been announced and as our tradition goes, we just talk about the net new Total Contract Value (TCV) but not about the mess and the renewals. The net new TCV of the two deals is upward $100 million across the year and there is a lot of transformation that these deals are there. One deal is related to manufacturing in the industrial sector while the second is associated with the insurance sector. Manufacturing deal is global in nature, but both have a special focus on US geography. As far as the future goes, we are excited about the whole pipeline and opportunities are across the sector. In fact, a company can only grow when all the sectors are growing. Once for a while, a sector might see a problem, but the resilience of the company comes from every sector. Luckily for us, the large deal pipeline is also across, but the overall pipeline is robust.

The results suggest that there is a softening in the top 5 client contribution. Is there any problem with renewing from the clients end?

No, there is no problem linked to renewal. But, it was the last quarter when we informed that restructuring work is on at our largest banking customer and there is also a budget cut at their end. So, we informed that we are aware of the budget cuts, which may lead to muted growth. But, despite those cuts, you were able to show a 2 per cent growth that is an important thing that shows the resilience of the company. Secondly, on part of the client, I would like to clarify that the improvement will be seen after the second quarter.

We have seen good traction in terms of revenue contribution from India. What are the reasons for the same and what do you expect from it going forward?

The Indian government has launched some seriously important programs as part of digital India and we want to associate with programs that are more ERP centric and are into data analytics area. We are very selective about the programs where we bid but our focus revolves around ERP and data and we will continue to focus on the same area. Secondly, we want to keep the percentage of our revenue from India at the same levels as we don’t want to change the portion.

Our company has a policy where we don’t provide revenue guidance, but we have always said that net income will stand around the narrow band of 15% and it will happen.