ITC has decided to pay a renumeration to the non-executive chairman Yogesh Deveshwar despite him stepping down as the CEO and handing over the reins to Sanjiv Puri. 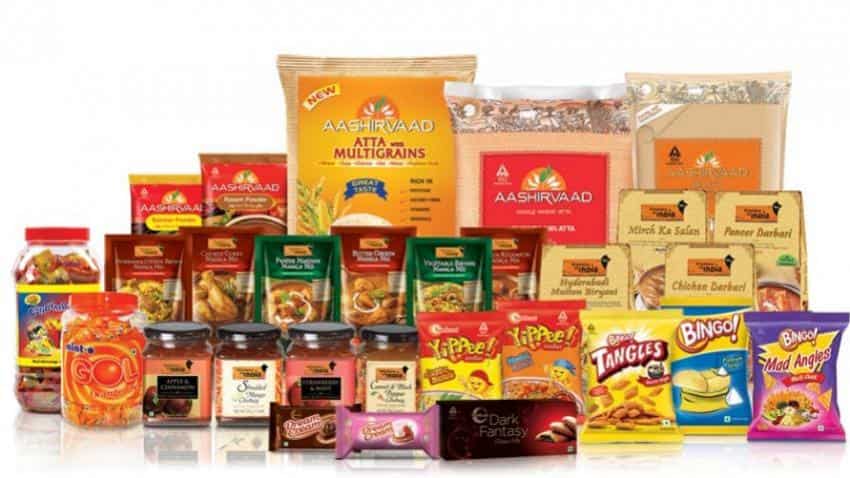 GST switchover: Renaming CBEC as CBIC may take a while

Institutional Investor Advisory Services (IiAS) on Thursday called for shareholder's of ITC to vote against the company's decision to pay a monthly remuneration to former CEO and now non-executive chairman Yogesh Deveshwar.

IiAS believes the board structure, and the proposed remuneration, signals Yogesh Deveshwar’s continuing control over the company, which undermines the recently appointed CEO Sanjiv Puri. “Once Yogesh Deveshwar has stepped down, he must let go,” IiAS said in a statement

“There is no doubt that Deveshwar’s reign over ITC has created tremendous value for its stakeholders. He has been at the company’s helm for over 20 years, during which the company’s revenues grew almost 12x to Rs 604.9 billion and profits grew 40x to Rs 105.2 billion in 2016-17. The market capitalisation also grew over 70x to the current Rs 3.9 trillion, as investors cheered the company’s reduced dependence on cigarettes. Notwithstanding his astounding accomplishments, now that ITC has a new CEO, Deveshwar needs to let go and the board of ITC must quickly get used to a new normal,” said IiAS.

It further said that ITC has been one of the handful professionally-managed and institutionally-owned S&P BSE SENSEX companies where succession planning has been a concern with investors. Driven by the larger-than-life Deveshwar, there was a sense of nervousness on how the company will transition to a new leadership, it added.

A reason why investors welcomed the board’s announcement of a succession plan in May 2016 where Deveshwar would step down from his executive responsibilities at the end of his term in February 2017, and the mantle would be passed on to his hand-picked successor, Sanjiv Puri.

To ensure a smooth transition, Deveshwar would continue as a non-executive chairperson for a period of three year. “It all seemed sorted out, but reality seems to be charting a different path,” it said.

IiAS believes the board’s recent decision to pay a monthly remuneration to Deveshwar undermines the position and responsibilities of the CEO. 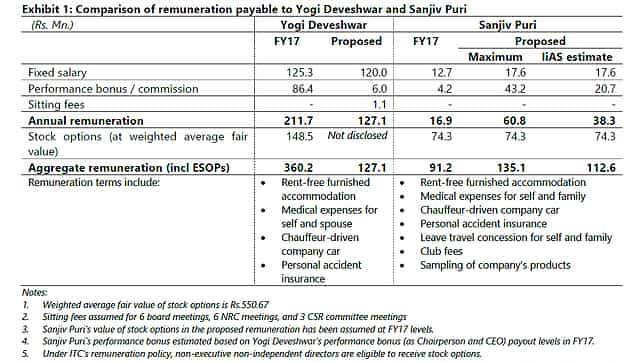 “This apart, the message in paying a monthly remuneration and perks (not just the quantum) suggest that Deveshwar will be actively involved in running day-to-day operations, and that he will continue to influence key decisions. While we believe a smooth transition is in the best interest of the company and all its stakeholders, the need for Deveshwar to continue after having relented his executive position raises concerns on whether he provided the appropriate level of mentoring and leadership development while he was in the driver’s seat,” IiAS said.

It further said that Deveshwar remains a member of the nomination and remuneration committee, which decides director (re)appointments, director removals, and remuneration. It also said that they are also leaving the door open for a battle between the existing management and the old guard.

IiAS believes that for succession planning to be effective, Puri must be allowed to step away from Yogi Deveshwar’s shadows. Therefore, instead of relying on Deveshwar’s continued presence and guidance, the board needs to reduce his involvement.

“If the board does not have enough faith in Sanjiv Puri’s competence and believes it needs Yogi Deveshwar’s active presence, then perhaps Sanjiv Puri is not the right choice for a successor. If the board believes Sanjiv Puri is indeed the right successor, it must allow him a free rein. In either circumstance, the board needs to make its position clear, rather than send mixed messages to its stakeholders,” it concluded.

GST switchover: Renaming CBEC as CBIC may take a while