Around 27,700 workers would have their work hours slashed by the end of August in a new headache for the group which is struggling to move past an emissions cheating scandal that is costing billions. 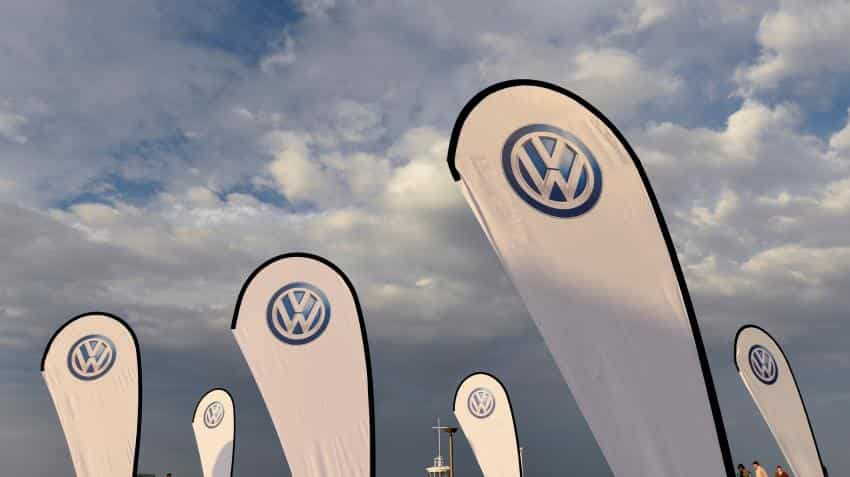 Volkswagen Beetle banners are seen at the so called "Sunshinetour 2016" in Travemuende at the Baltic Sea, August 20, 2016. Photo: Reuters/Fabian Bimmer

Embattled auto giant Volkswagen said on Monday it would halt production at six plants in Germany for several days as a legal dispute with two key suppliers deepened.

Around 27,700 workers would have their work hours slashed by the end of August in a new headache for the group which is struggling to move past an emissions cheating scandal that is costing billions.

VW had been forced to take the drastic measures at the factories that produce some of its most popular models including Passat sedans and Golf compacts after the two suppliers of gearbox parts and seat covers halted deliveries.

"Although the state court in Brunswick issued temporary injunctions requiring the suppliers to resume deliveries, they so far haven't fulfilled this obligation," the VW statement read.

Instead, the components' manufacturers are holding out while they appeal the court decision.

VW said it was holding talks with the suppliers today and that it "wishes to achieve a result through negotiations".

At the same time, it may also pursue legal means, a spokesman said.

The parts suppliers say that VW broke off several contracts with no advance warning or compensation, leaving them with no choice but to suspend deliveries to protect their own businesses and workforce.

A spokesman for Prevent, the parent company of the two firms, told German business daily Handelsblatt on Friday that VW was imposing "unacceptable conditions" on its suppliers.

Handelsblatt also reported that VW has been seeking concessions from all of its suppliers, amounting to several billion euros.

The battle has also angered Volkswagen worker representatives, who complained that employees are paying for a war between the manufacturer and its suppliers which they had no role in starting.

Affected factories include Emden, Zwickau, Kassel, Salzgitter, Brunswick, and a key site at the firm's headquarters of Wolfsburg.

Both VW and Prevent "have a serious responsibility to address this problem and solve it as constructively as possible," a spokesman for the federal economy ministry said today.

Meanwhile, the economy ministers of Saxony and Lower Saxony states offered to act as mediators between the two sides should the need arise.

Separately, Mercedes-Benz maker Daimler confirmed today that it too was engaged in a court battle with Prevent -- but that unlike VW it was experiencing "no delivery problems".

The Sueddeutsche Zeitung newspaper reported that the Stuttgart firm had cancelled some of its contracts with the component supplier in 2013.