While it may be late for the launch of the car, priced at Rs 5.14 lakh it has an advantage over the others. 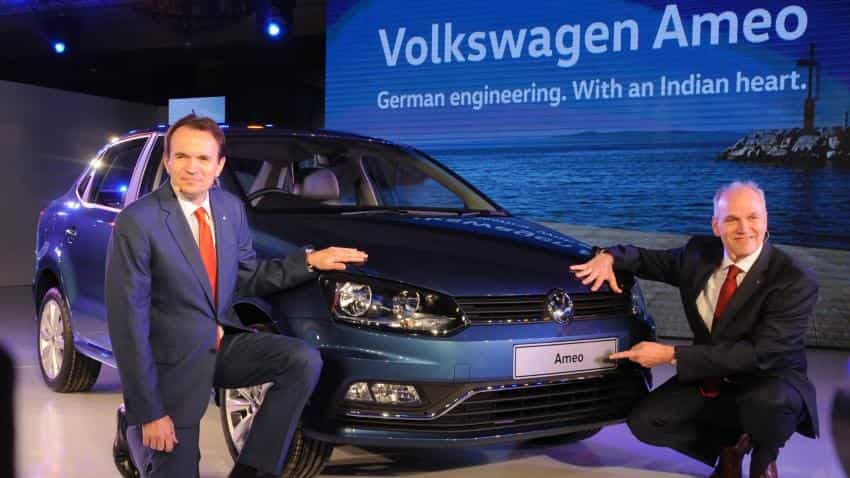 Volkswagen has said that its specially built for India car, the Ameo, will retail for Rs 5.14 lakh (ex-showroom Mumbai).

The car is placed in the highly competitive C1 sedan segment which already has successful cars such as Hyundai Xcent, Maruti Suzuki Swift Dzire, Honda Amaze and Ford Figo Aspire.

While it may be late for the launch of the car, priced at Rs 5.14 lakh it has an advantage over the others. Even the top variant at Rs 6.91 lakh of Ameo is priced significantly lower than its competitors. The Hyundai Xcent is priced at Rs 7.45 lakh, Maruti Suzuki Swift Dzire is at Rs 7.24 lakh, Honda Amaze is at Rs 7.78 lakh, Tata Zest at Rs 6.85 lakh and Ford Figo Aspire at Rs 7.72 lakh.

In terms of the power and engine the Ameo is at the bottom in its segment producing power of 74PS and has a 1,198cc 3-cylinder petrol engine. However, in comparison to its competitors it has only three cylinders instead of regular four in others.

Tata Zest is at the top power of with 90PS and 1,193cc 4-cylinder engine. Amaze and Figo Aspire are next with 88PS, and Dzire and Xcent with 84PS and 83PS, respectively.

In terms of fuel efficiency, the Ameo at one of the least fuel efficient in comparison to others in its segment. Volkswagen claims that the Ameo petrol mileage is 17.83kmpl. The Xcent is the most mileage with 19.1kmpl. Maruti Suzuki Swift Dzire is next with an impressive 18.5kmpl, while the Figo Aspire is at a close third with 18.16kmpl. Only the Tata Zest is lower at 17.57kmpl.