Market regulator Sebi is likely to order additional payout to small investors by way of a fresh open offer in loss to minority shareholders of United Spirits promoted by Vijay Mallya and new owner Diageo. 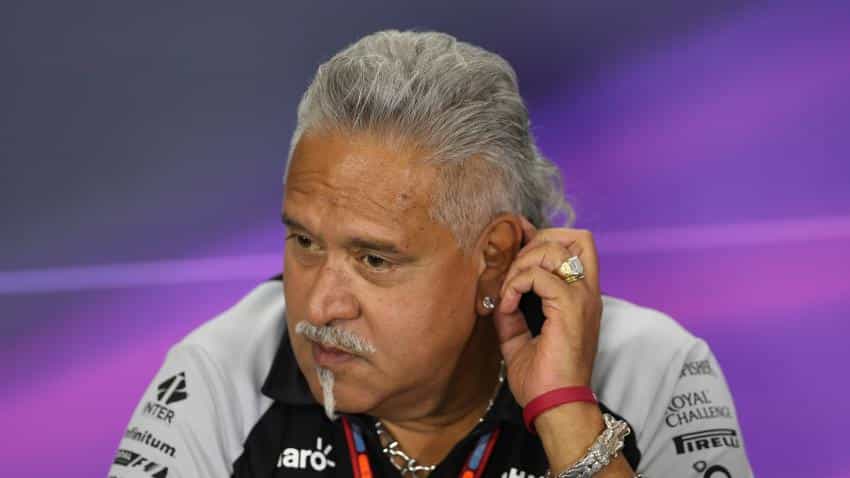 Concerned over the 'loss' caused to United Spirits' minority shareholders due to $75-million sweetheart deal between its erstwhile promoter Vijay Mallya and new owner Diageo, regulator Sebi may soon order additional payout for small investors by way of a fresh open offer.

Sebi, which last night barred Mallya and six others from securities markets on fund diversion charges and also restrained him and Ashok Capoor (ex-MD of United Spirits) from holding directorship at any listed firm, is also probing "change in control of USL" due to a settlement pact under which the beleaguered businessman agreed to exit from boards of United Spirits Ltd (USL) group companies on payout of $75 million.

Sources said that the investigation conducted by the markets watchdog shows change in effective control of the company after this settlement agreement, resulting significant ownership gains to the new promoters in addition to the monetary benefits to the old owners, thus causing a "loss" to the minority shareholders of the company.

"Sebi's investigation has reached an advanced stage and the regulator may have to order an additional payout to the minority shareholders, possibly by way of a fresh open offer," a senior official said.

This is separate from an 'additional payout' that Sebi had ordered Diageo in June last year to pay to the minority shareholders, who had tendered their shares in an open offer in 2012, on account of $140.97 million payment to

Stanchart Bank with respect to liability of Watson, another Mallya- affiliated company, pursuant to default on a bank guarantee.

UK-based Diageo has filed an appeal before the Securities Appellate Tribunal against the aforesaid Sebi direction.

Besides, the Securities and Exchange Board of India (Sebi) is also separately looking into the role of certain auditors for their alleged failure to detect "diversion of funds from USL" to certain companies of Mallya-led UB Group, including the erstwhile Kingfisher Airlines whose collapse led to the entire business group running into financial troubles.

Cracking its whip, Sebi had last night barred Mallya and six former officials of USL from securities markets in a case related to illegal fund diversions.

Further, Sebi has asked USL, from where Mallya resigned as director and chairman in March 2016, to provide details about steps being taken to recover the diverted funds.

Sebi has restrained Mallya, Capoor and five others from the securities market and also from "buying, selling or otherwise dealing in securities in any manner whatsoever, either directly or indirectly" till further directions.

Mallya and Capoor have been barred from "holding position as directors or key managerial persons of any listed company".

Reacting to Sebi's order, Mallya said he was "surprised".

"Neither have I had any communication with Sebi nor have I ever been afforded a hearing before this purported action has been taken. I have always strongly denied all allegations made by USL," Mallya said in a statement.

He also took to Twitter to say that "allegations of fund diversion out of USL are baseless" and said "USL accounts were approved by top auditors, an eminent Board of Directors and shareholders".

Allegations of fund diversion out of USL are baseless.USLaccounts were approved by top Auditors,an eminent Board of Directors n shareholders

As fresh troubles emerged after Mallya agreed to sell to Diageo a controlling stake in his erstwhile flagship firm USL, the two got into a bitter boardroom battle, which they later sought to end with $75 million pact in February 2016.

Sebi's latest order came close on the heels of CBI naming Mallya, Kingfisher Airlines and nine others in the charge sheet related to the 2015 loan default case.

Sebi said it is also examining the settlement agreement between Mallya and Diageo as well as the role of auditors in the non-detection of diversion of funds from USL.

In furtherance of this pact, Mallya resigned from his position as Chairman and Non-Executive Director of USL. On the same date, USL and Mallya entered into an agreement wherein they agreed to a mutual release in relation to matters arising out of the Initial Inquiry by USL.

Under the settlement pact, Diageo agreed to pay $75 million to Mallya who in turn agreed to resign from his position as Chairman and Director of USL and also Director in other USL Group Companies.

"Diageo and USL agreed with UBHL and Kingfisher Finvest India Limited to terminate the Shareholder's Agreement entered into between the parties on November 9, 2013. The aspect of change in control of USL is also being examined separately by Sebi," the regulator added.

It has been alleged that funds were diverted from USL to other Mallya companies between 2010 and 2013.

As per PwC-UK report, the diverted amount is Rs 655.55 crore while E&Y report estimated the money at Rs 1,225.24 crore, according to details cited in the Sebi order.

In a 32-page order, Sebi Whole Time Member S Raman said the alleged prima facie violations observed in the case are serious and have larger implications on the safety and integrity of the securities market.

"Investors might have based their investment decisions on the manipulated books of accounts prepared and presented by these persons."It would therefore not be in the interest of the securities market and the interest of investors to allow persons of such doubtful demeanour to continue to act as KMPs in the company or in other listed companies or allow them to deal in the securities market," he said.

In its order, Sebi also asked USL to provide details within three weeks about the action taken against Mallya and the six individuals.

Besides, the company has to submit information about the steps taken to recover from Mallya and the companies to which the amount was wrongly diverted.

Meanwhile, another UB group company United Breweries Ltd (UBL) on Wednesday said it is not privy to any of the loans taken by Kingfisher Airlines or investigations related to it.

"UBL is an independent listed entity engaged in beer business and is not concerned with KFA (Kingfisher Airlines) in any manner whatsoever," United Breweries Limited (UBL) said in a reply to the BSE, which had sought clarification on CBI charging Vijay Mallya with fraud and criminal conspiracy.

CBI in its charge sheet said that Mallya-led Kingfisher Airlines diverted Rs 263 crore from Rs 900 crore IDBI loan for "personal use". The chargesheet names Mallya, Kingfisher and nine others, including the then IDBI Chairman Yogesh Aggarwal who was arrested on Monday, in the 2015 loan default case.