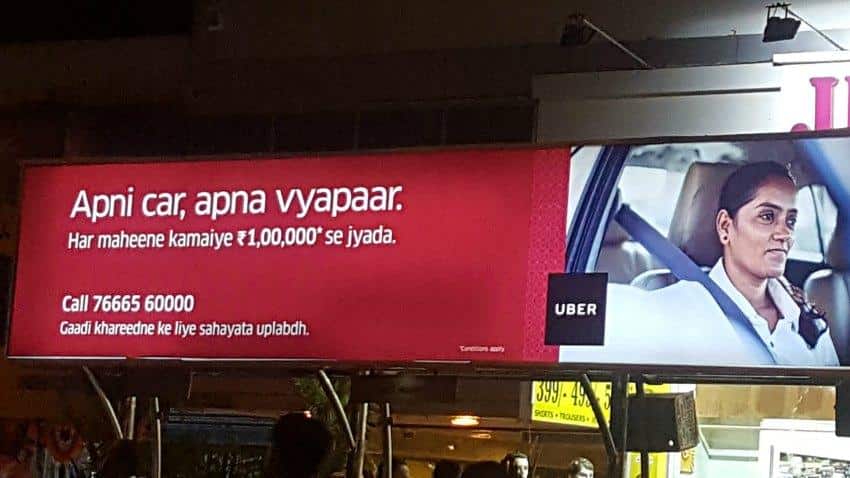 Uber is currently advertising a monthly income of Rs 1 lakh to attract new drivers. Although terms and conditions are applied, this is more than what an average Indian made last year.

"The per capita income at current prices during 2015-16 is estimated to have attained a level of Rs 93,293 as compared to the First Revised Estimate for the year 2014-15 of Rs 86,879 showing a rise of 7.4%," data released by the Ministry of Statistics and Programme Implementation showed.

“This is the power of the new economy. Uber is driven by the hunger for increasing its market-share and this is the reason why it is incentivising drivers. For how long the company will continue with these schemes remains to be seen,” said an economist.

App-based taxi hailing companies like Uber and Olacabs are offering monetary incentives to their drivers for completing a set number of rides every day.

A cab driver who drives on both these networks said, “The companies keep on introducing new schemes designed to make us drive more. We aren’t complaining as long as monetary compensation keeps flowing.”

Interestingly, this rush to increase their market-share in the country has introduced a fair amount of disturbance in the pay equilibrium.

According to a recent Global 50 Remuneration Planning Report by Willis Towers Watson, the average salary for a white-collar professional in India was Rs 69,169 per month—lesser than what an average Uber driver makes.

This has also led to many white-collar employees to buy new cars and press them in these cab services.

Some have even started driving on their own after or before office hours.

A little bit more money doesn’t harm anyone, does it?