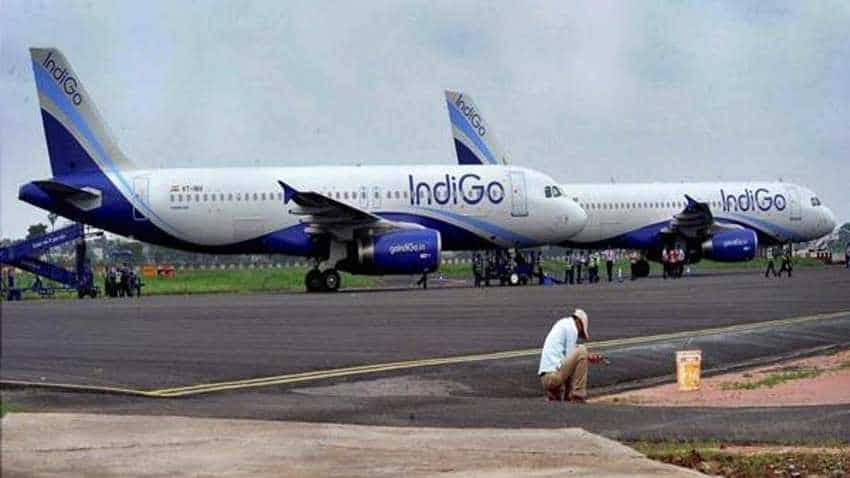 The new routes will get operational from January 25. Source - PTI.
Written By: ZeeBiz WebTeam
RELATED NEWS

It's time to pack your bags and leave! Budget carrier IndiGo has announced daily non-stop return flights on new routes at incredibly affordable price. The new flights will operate from Kannur to Hyderabad, Chennai, Bengaluru and Hubli with fares starting at an all-inclusive price of Rs 1,799. IndiGo, on its official website said that these non-stop flights will start from January 25, 2019. Kannur will be IndiGo's 67th domestic destination. The passengers who want to fly from January 26 can now book their tickets from IndiGo's official website.

The airliner had added Bhopal and Jabalpur to its network as its 65th and 66th destinations, respectively, last month. It had also said that it will operate non-stop daily flights between Bhopal and Hyderabad and between Jabalpur and Hyderabad with effect from January 5, 2019 at a starting all-inclusive price of Rs 1,999.

The airliner had recently launched non-stop flights between Allahabad and Bengaluru. IndiGo had started its operations in India in August 2006 and at present, has 202 aircraft. It currently operates flights to 67 destinations - 52 domestic and 15 international. The company claims to operate over 1,300 flights daily.

"The daily direct flights introduced by the airline, will operate on the Hyderabad-Kolkata Hyderabad-Pune and Hyderabad-Coimbatore routes. In a move which will tremendously benefit the business travelers, SpiceJet has added two new flights on the Hyderabad – Kolkata sectors thereby giving options for a same day return journey," the statement from SpiceJet read.

The introductory fare on Hyderabad-Kolkata route is Rs 2699, on Kolkata-Hyderabad route is Rs 3199, Hyderabad-Pune is Rs 2429 and on Pune–Hyderabad Rs 2209. The airline will deploy its Boeing 737 – 800 aircraft on all these routes.