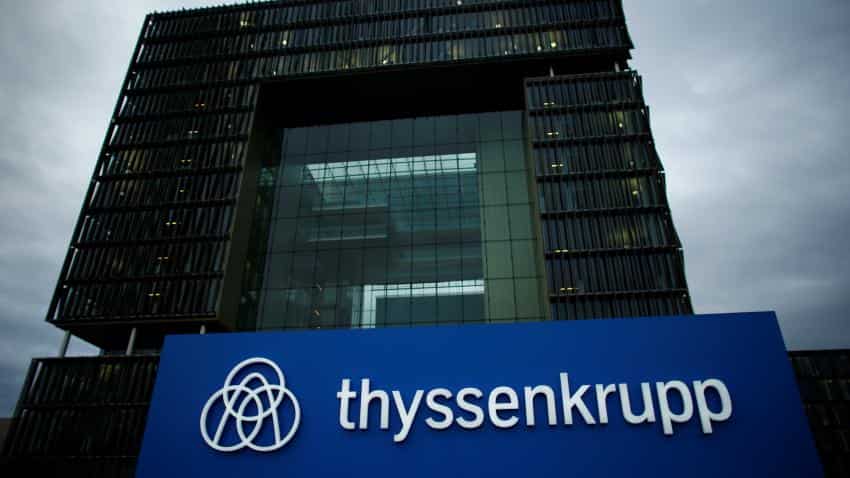 A logo of ThyssenKrupp AG is pictured outside their headquarters in Essen. Image Source: Reuters

Thyssenkrupp is prepared to offer workers commitments on jobs and investments to get union backing for its deal with Tata Steel to merge their European steel operations, German weekly Bild am Sonntag reported, citing an internal memo.

"We are prepared to make wide-ranging commitments on the topics that are most important to our employees," the paper quoted Thyssenkrupp personnel chief Oliver Burkhard as telling managers in the memo.

"That concerns for instance securing sites, future investments and job security. With our proposal, we want to secure jobs at the future joint venture into the next decade," he said.

German labour union IG Metall had given Thyssenkrupp until Dec. 22 to agree guarantees on jobs, plants and investments, putting further pressure on Chief Executive Heinrich Hiesinger, who has said he wants the approval of shop stewards for the merger plan.

Hiesinger hopes to reach a final deal with Tata Steel in early 2018 but that depends on whether he can get it passed by Thyssenkrupp`s supervisory board, where workers` representatives have called for jobs and plants to be secure for 10 years.

Labour leaders hold half of the 20 seats on Thyssenkrupp`s supervisory board, and while a deal can still be pushed through without their consent, their approval could significantly smooth the transaction.