Kone ThyssenKrupp Merger: Kone has offered about 17 billion euros ($18.9 billion) for Thyssenkrupp`s elevator unit, the highest bid so far, drawing scepticism from one of the German group`s labour bosses who said price alone would not cut it. 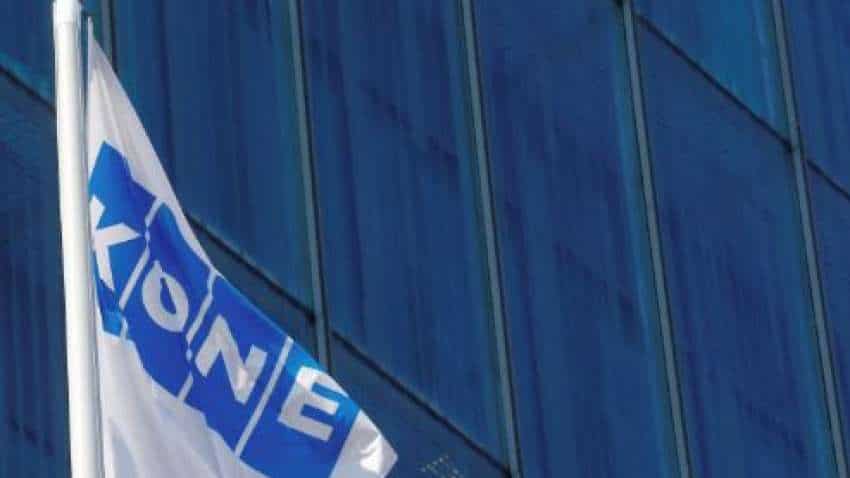 Kone on Tuesday said it had made a non-binding bid, a day after a deadline expired. Photo: Reuters
Written By: Reuters
RELATED NEWS

Kone ThyssenKrupp Merger: Finland`s Kone has offered about 17 billion euros ($18.9 billion) for Thyssenkrupp`s elevator unit, the highest bid so far, drawing scepticism from one of the German group`s labour bosses who said price alone would not cut it. Kone, which has long championed the advantages of a tie-up between the world`s third- and fourth-largest elevator groups, on Tuesday said it had made a non-binding bid, a day after a deadline expired.

The group said it saw a "highly complementary geographical footprint of the businesses, substantial value creation on offer from synergies, and joint innovation potential in an operating environment increasingly shaped by digitalization". Kone`s offer represented a premium of about 1 billion euros (844 million pounds) over the best offer from leading competitors from the private equity world, according to a person familiar with the matter.

"Offer size alone is not enough," said labour leader Knut Giesler, deputy supervisory board chairman of Thyssenkrupp`s elevator unit and a member of the powerful IG Metall union. Workers fear that a sale to Kone could result in substantial job cuts.

"It has to be a safe deal, a safe transaction for the remaining part of Thyssenkrupp and there have to be assurances for the employees of the elevator division," Giesler added.

He said all options had to be kept open on the unit, including a selling it to a strategic player, a private equity firm or listing on the stock exchange.

"It`s a beautiful gamble at the moment and one where you don`t show your cards too early," Giesler said, confirming Japan`s Hitachi <6501.T> also submitted a bid. He said a buyer would likely be picked at the middle or the end of February.

Shares in Thyssenkrupp and Kone closed up 5.3% and 4.9%, respectively. Other suitors for the elevator business include a consortium of buyout groups Advent and Cinven and the Abu Dhabi Investment Authority, which are working with Germany`s RAG Stiftung.

There is also a bidding team consisting of Blackstone , Carlyle and the Canada Pension Plan Investment Board and a third group comprising Canada`s Brookfield and Singapore`s Temasek, Reuters previously reported.

The sales process is still ongoing and the field of bidders will get more opportunity to amend their offers by mid-February, sources have previously said.

Kone cautioned in its statement that its proposal was based on certain assumptions and that the terms of a potential binding offer could be subject to change.

Kone Chief Executive Henrik Ehrnrooth had said earlier on Tuesday that he was very interested in the elevators unit and saw significant "scale advantages". He was speaking after his company reported quarterly profit that beat expectations.

Ehrnrooth said he believed Kone would not be interested in just a minority stake.

Bloomberg first reported the size of Kone`s offer, saying the group was seeking to clearly outbid private equity rivals to offset any concerns over antitrust scrutiny of the transaction.

One of the sources, however, said concerns about an antitrust review persisted even at the current premium.