E-tailers are expected to benefit further from another round of sales in the run-up to Diwali. 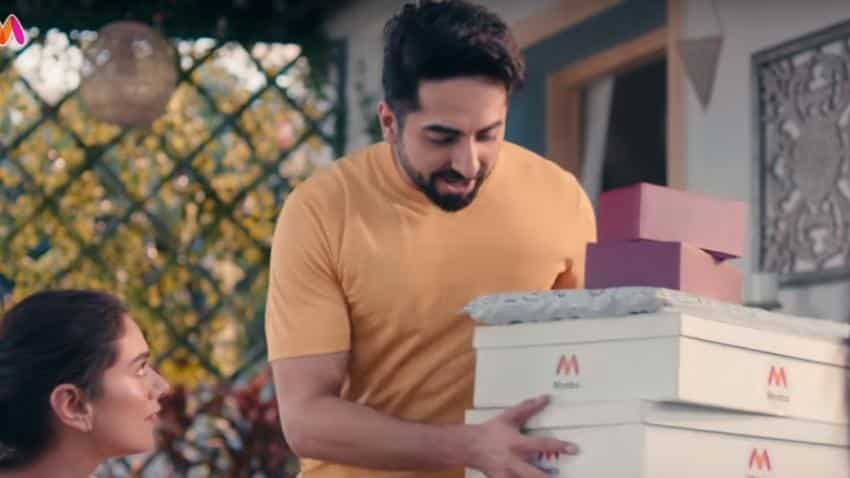 A third leg of Diwali season sales is expected to kick off in a few days which will push e-tailers’ revenues, a report by RedSeer Consulting said on Tuesday. E-tailers are expected to generate a whopping Rs 20,000 crore.

“If we also add the BAU (business as usual) days falling in this period, we expect that e-tailers would generate nearly $3.3 billion of sales (Rs 20,000 crore) for the whole 30-day festive month,” the report said.

The first leg of the sale which began in the last week of September for most e-commerce sites including Flipkart and Amazon generated the highest amount of revenue of Rs 9,000 crore as per RedSeer’s estimates.

Revenue from the other days of the sale were listed by the report as follows.

Indians and their love for sales, as reported earlier are expected to further drive up revenues in the days leading up to Diwali.

Flipkart has already started its next ‘Big Diwali sale’ which kicked off on October 10 and will continue till October 17.

The sale will offer up to 70% off on large appliances along with 10% cashback on payment with HDFC.

However the festive month of October 2016 was much more subdued with far lesser sales.

The entire month was estimated to have generated $2.2 billion while the current festive month will reach $3.3 billion in gross merchandise value (GMV). 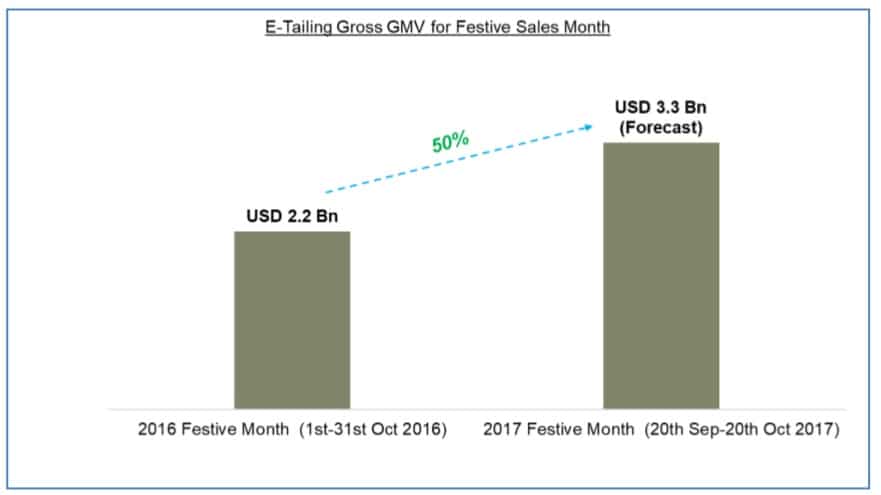 The reasons for better sale performance this year was given by the analysts as more advertising, targeted selection and better delivery performance.