After the first day of the festive season sales on e-commerce websites we tell you what’s hot and what’s not this sale season. 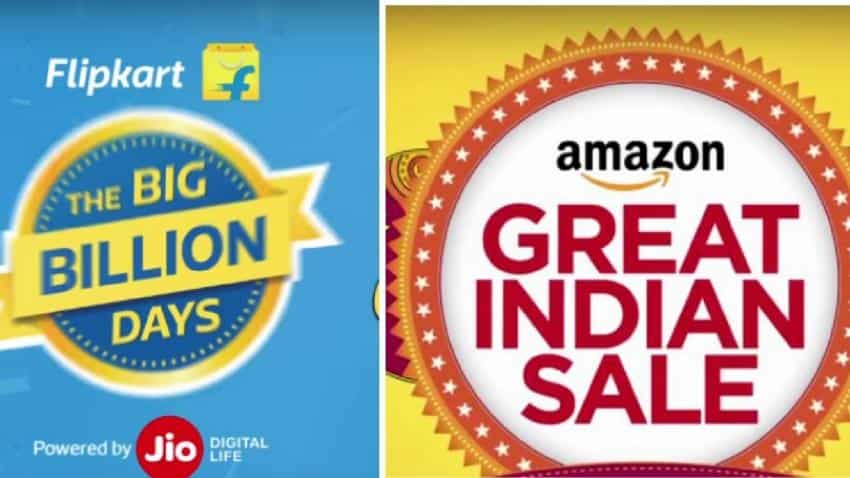 Flipkart Big Billion sale: This is how you can get Samsung Galaxy S7 for just Rs 5,990

First day of the festive season sales commenced on September 20 with cashback deals and exchange offers galore. The higher number of consumer financing options and deals on bank credit cards and e-wallets have pushed sales, a report by cashback and coupons website, CashKaro said on Wednesday.

“The raging bull for this sale season has been the TVs and Large Appliances Category, which witnessed a year-on-year increase of over 850%,” CashKaro.com Co-Founder Rohan Bhargava said. 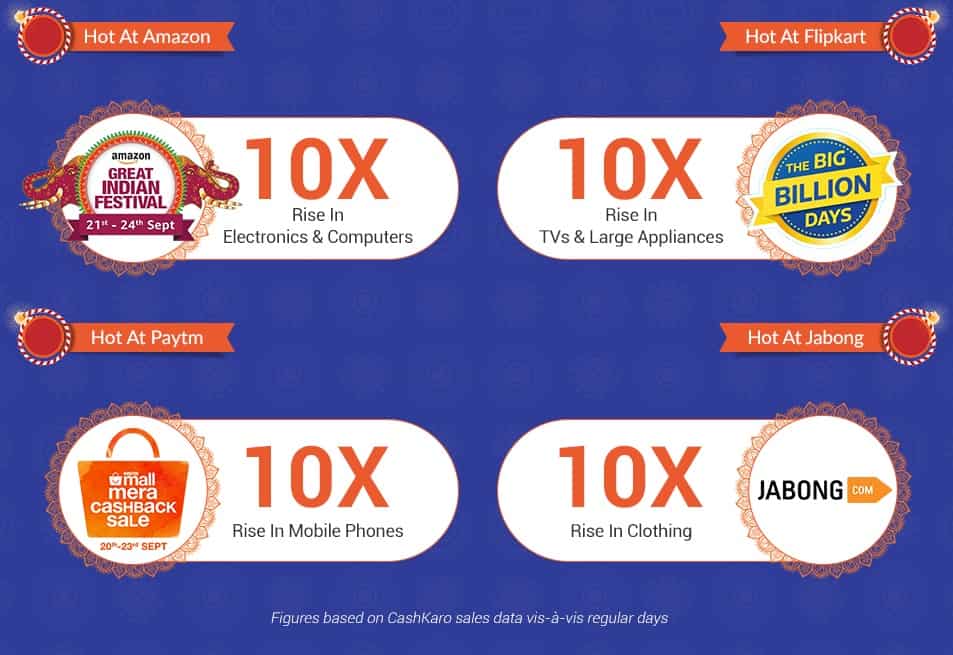 The sale on Flipkart and Amazon websites will end on September 24.

Besides shopping for large appliances another factor working well in e-commerce sites’ favour was the host of consumer financing options provided to customers.

Amazon is offering discounts and cashbacks to those who shop using its own e-wallet – Amazon Pay. The company has also partnered with HDFC bank to offer its customers additional discounts.

Flipkart on the other hand is offering exclusive discounts for payments made through PhonePe and has tied up with SBI to offer an additional discount.

Sites like Jabong, Myntra, Tata CliQ and Shopclues are offering cashback up to 8% on purchases made on their respective sites.

“Most transactions however have been driven by the clothing category, followed closely by personal care and home furnishing,” Bhargava added.

Shoppers may have a designated sites to purchase particular categories of products. The report also put out ‘bestselling’ categories on different sites. They were listed as follows:

In another report we pointed out how much Indians loved shopping during sales. Now analysts have said this year’s sale will be even bigger and reel in more revenues.

Flipkart Big Billion sale: This is how you can get Samsung Galaxy S7 for just Rs 5,990