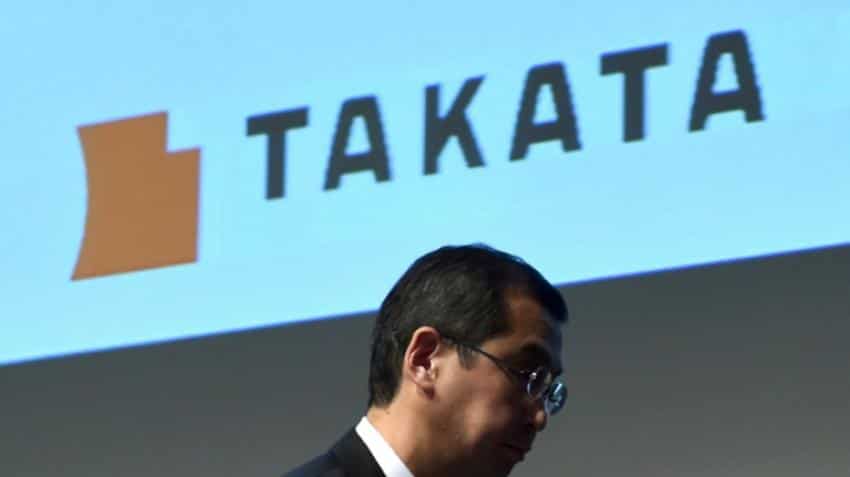 The defective airbag parts have been responsible for 11 deaths and about 180 injuries in the United States (US). Image Source: AFP
Written By: AFP
RELATED NEWS

Cars produced by US electric automaker Tesla and Britain`s McLaren now are included in the sprawling safety recall for defective Takata airbags, the US Transportation Department said on Friday.

The two auto brands appeared on a new list issued by the department`s National Highway Traffic Safety Administration (NHTSA), bringing the total of brands subject to the recall to 19, including major automakers Toyota, Volkswagen, Chevrolet, Ford, Honda and Nissan.

The defective airbag parts have been responsible for 11 deaths and about 180 injuries in the United States (US).

As of December 2, the Transportation Department said, 12.5 million of the passenger and driver-side airbags had been fixed and NHTSA has issued an amended order to continue an accelerated recall.

"The amended order will speed up the availability of replacement airbags, and continues to prioritise the highest risk vehicles to protect the traveling public," Transportation Secretary Anthony Foxx said in a statement.

The airbag recall is the most complex and largest defective product recall ever conducted in the United States (US), according to NHTSA.

Japanese manufacturer Takata, which serves 20% of the market for airbags and seatbelts in the auto industry, has been ensnared for more than two years by the airbag controversy, with several hundred million under recall globally, including 70 million in the United States (US).

In recent years, some airbags have activated following minor collisions, causing injuries, and at least 15 people in the world have died in such incidents.

The ultimate cause of the malfunctions has not yet been identified but a trio of factors are suspected: a chemical component, ammonium nitrate, which responds poorly to humidity, extreme climatic conditions, such as heat and high humidity, and faulty design.