The inflators can over time degrade, especially in hot, humid conditions, and rupture sending shrapnel into a vehicle's passengers. 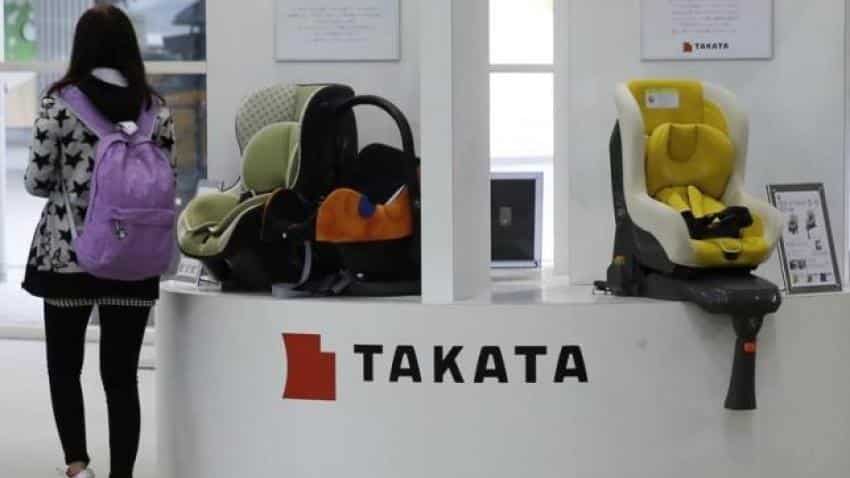 The airbag inflators have been tied to at least 13 deaths and 100 injuries worldwide. Photo: Reuters

Four automakers -- Toyota, Fiat Chrysler, Volkswagen and Mitsubishi -- are still selling new cars equipped with dangerous Takata airbags, according to a report released by a leading US senator Wednesday.

All four said they are installing airbags with non-dessicated ammonium-nitrate inflators -- those whose malfunction are tied to a number of deaths and injuries -- in new cars even though they will have to be recalled and replaced by 2018, said the report from Senator Bill Nelson.

Nelson, the top Democrat on the Senate Commerce Committee who has been pressing for tougher action to replace tens of millions of Takata airbags in US cars, said the use of the risky airbag inflators is legal, but that it is being done without consumers` knowledge.

"What`s troubling here is that consumers are buying new cars not realizing they`re going to be recalled," Nelson said in a statement. "These cars shouldn`t be sold until they`re fixed."

The airbag inflators have been tied to at least 13 deaths and 100 injuries worldwide. The inflators can over time degrade, especially in hot, humid conditions, and rupture sending shrapnel into a vehicle's passengers. Airbags with dessicated inflators are considered much less risky.

Nelson`s report identified several vehicles with the non-dessicated inflators Mitsubishi 2016 and 2017 i-MiEVs, 2016 Volkswagen CCs, 2016 Audi TTs and 2017 Audi R8s. Audi is part of the Volkswagen group. However, he said, Fiat Chrysler Automobiles and Toyota did not identify their new models with the risky airbags