A print ad by Bharti Airtel has said it welcomes all Reliance Communication customers after speculation that the company will be closing down its business. 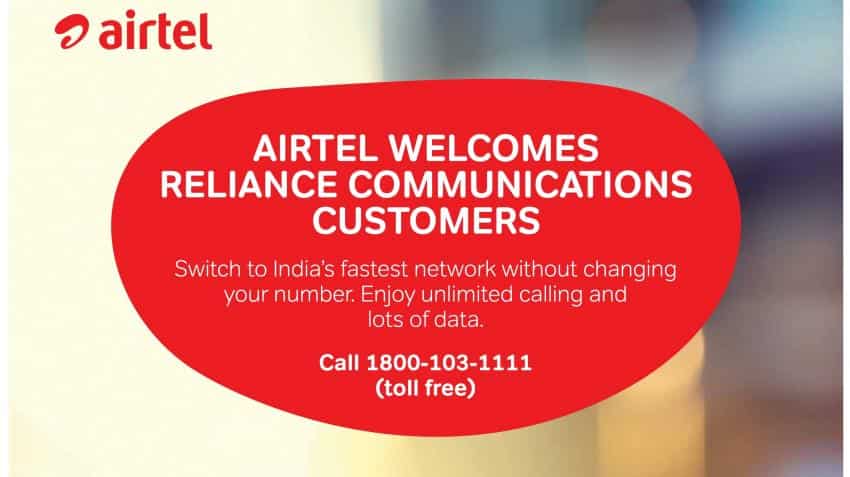 Day’s after media reports of Reliance Communications reported exit the 2G business, Bharti Airtel has swooped in to grab their share of subscribers.

“Switch to India’s fastest network without changing your number. Enjoy unlimited calling and lots of data. Call 1800-103-1111,” it added. 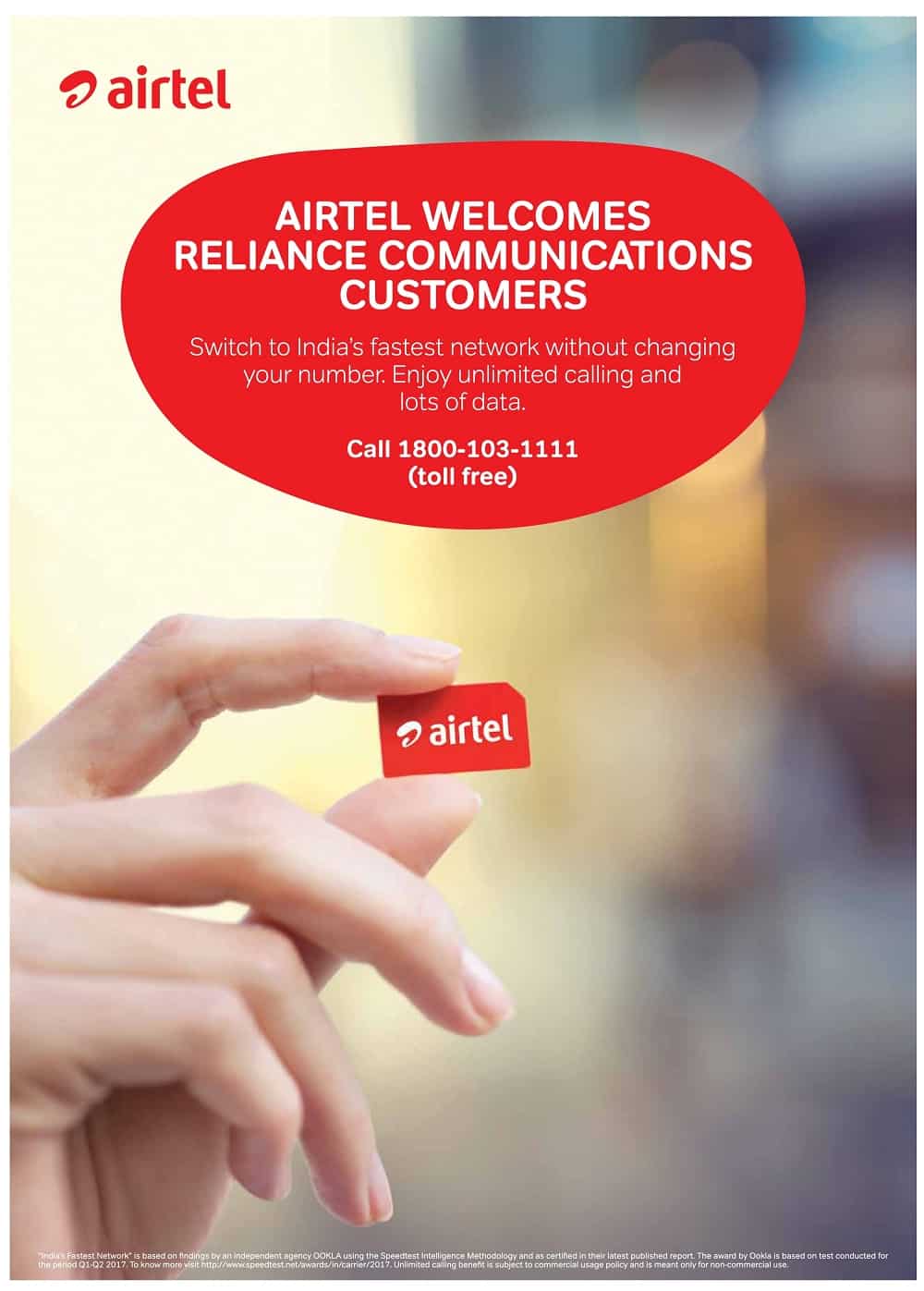 In a move seen to cut losses, Anil Ambani backed RCom was reportedly pulling out of its 2G services by November 30. “This will lead to about 1,500 job losses,” a report by The Hindu said on October 5 quoting industry sources.

“As already announced on 1st October 2017, RCOM has decided to adopt a 4Gfocussed strategy for profitable growth of its wireless business. Accordingly, RCOM will be optimizing its 2G and 3G footprint, and related infrastructure and human resources, with effect from 30 November 2017. The Company’s 4G-led strategy will be executed, as at present, on the back of capital-light access to India’s most extensive 4G mobile network, through already operational spectrum-sharing and ICR arrangements with Reliance Jio,” RCom said in a BSE filing on Friday.

RCom's existing debt is estimated to have reached Rs 46,000 crore.

RCom was expected to merge its wireless business with Aircel. However on October 1 the company announced that the merger had lapsed citing ‘inordinate delays caused by legal and regulatory uncertainties.’

The battle in the telecom sector intensified with the entry of Reliance Jio that launched last September. Consolidation in the sector is on the rise as well.

RCom had 81,272,601 subscribers as per the latest data by Telecom Regulatory Authority of India (TRAI) at the end of July.

Also Read: RCom to shut down its 2G mobile business in about a month