Taxi unions are trying to beat Ola and Uber at their own game, will they succeed?

Several taxi unions and drivers have left Uber and Ola to create their own taxi-hailing apps in order to compete with these two big companies. Will it work? 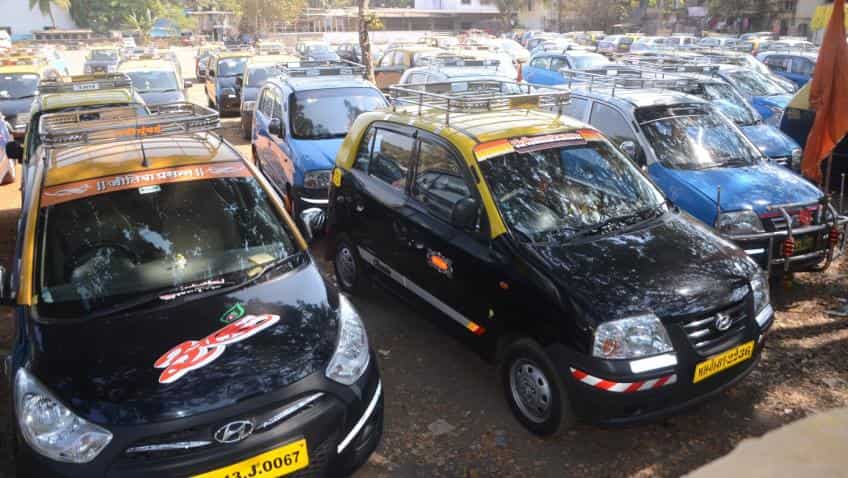 Hailing a taxi was a cumbersome affair before Uber and Ola came about. A tap of a button has now made those iconic 'black and yellow' taxis mostly redundant. And when it is a matter of survival, Darwinism wins.

Can these taxis then reinvent themselves and launch into the 21st century with an app that literally snatched their business away?

The cabs booked on this app does not have surge pricing like Uber and Ola, and commuters have to pay Rs 5 extra as service charge for the facility.

While at the beginning they expect to have 3,000 cabs, but are hopeful of adding more as there are nearly 40,000 taxis in Mumbai.

This, however, is not the only application launched by cabbies in Mumbai. And this is wherein lies the problem.

In May this year, a group of drivers launched their own app called S3.

Another taxi union in Mumbai is preparing to launch another app at the end of June called 'Aapla Drive'.

In Delhi too a cab union called Chaalak Shakti launched its own taxi-hailing app called SEWA on April 7 and claims to have more than 5,000 drivers on the platform.

Even Ola and Uber drivers in Bengaluru are reported to be planning to launch their own taxi-hailing app. This move was supported by nearly 8,000 taxi drivers and were planning on ditching Ola and Uber to reach out directly to customers.

Even though taxi-hailing apps like Ola and Uber managed to disrupt the monopoly of these cabs, the tide has now turned as they turn towards profitability and cut high incentives which were the pull for these drivers in the first place.

The problem remains of adoption.

Instead of coming together and unifying against Ola and Uber to defend their turf, taxi unions have resorted to launching their own apps instead of one.

An app for each city might still be an understandable argument but multiple apps in the same city like Mumbai just because taxi unions don't see eye to eye is really a death knell for their business.

Launching an app is just the beginning. Launching multiple apps is a sign of the end.