Chandrasekaran said that group companies work at an arm's length and there is full transparency, but they need to work together more 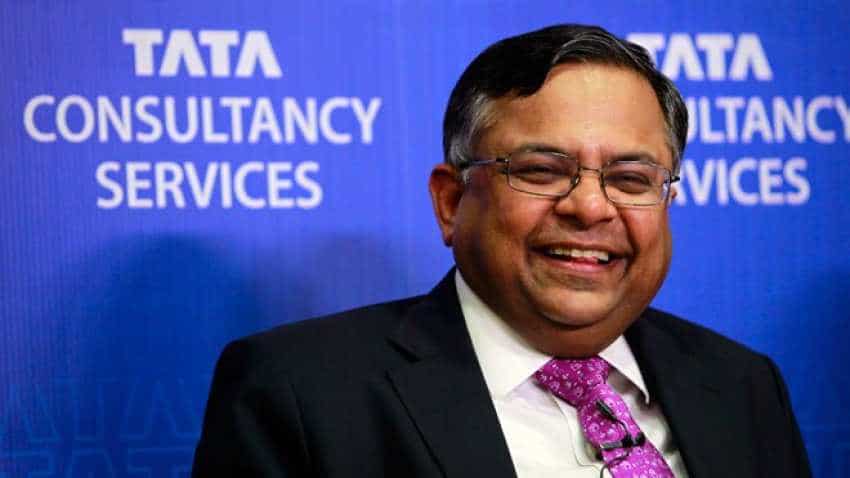 Tatas gave around Rs 600 crore in political funding in the 2019 hustings, which is over 20 times of what it had given for the 2014 polls. Of this, as much as Rs 220 crore was contributed by TCS. Image source: Reuters

There has been some improvement when it comes to group companies working together, but there is both the need as well as the room for more collaboration between them, said Tata Sons chairman N Chandrasekaran, while addressing the annual general meeting of TCS in Mumbai today. Chandrasekaran said that group companies work at an arm's length and there is full transparency, but they need to work together more. "We have seen some improvements, but we need to improve a lot more," he added.

Replying to shareholders' queries on a rise in the number of employees drawing a salary of Rs 1 crore and above, he said the staff cost is only 53 percent of the revenue, which is very low compared to the peers. To a specific query on his brother and TCS chief operating officer N Ganapathy Subramaniam getting an extension, he said all the related party decisions are done at the appropriate fora.

While TCS has a retirement age, the presence of extraordinary skillsets essential to negotiate the market landscape has resulted in 10-15 employees like Ritu Anand and Barindra Sanyal and others getting extensions, he said, adding that TCS has adequate women representation on the board and also 36 percent of the over 4 lakh employees are from the fairer sex, but there is a need for more diversity among the management team.

On the massive rise donations to political parties, by the Tata Trusts in the just concluded hustings, he said all the group firms contribute for the trusts ahead of an election every five years and the combined pool is split between political parties as per their strength in the Lok Sabha.

Notably, Tatas gave around Rs 600 crore in political funding in the 2019 hustings, which is over 20 times of what it had given for the 2014 polls. Of this, as much as Rs 220 crore was contributed by TCS.

Chandrasekaran, a career TCSian who rose to the top of the group, said there is a case for senior employees at the largest software exporter to be paid more. Since taking over in February 2017, Chandrasekaran has embarked on a strategy for increased integrations between group companies, which includes getting companies from a particular vertical together like defence, and also merging companies--as he did with Tata Chemicals and Tata Global Beverages.

The USD 100-billion plus group is working on a comprehensive plan to get down its water usage and carbon footprint, he said.

The company has thousands of patents, but those are largely to claim rights over new technologies such that they can be deployed for customers, he said, adding TCS is not looking at licensing the patents now.

He said it is the shift to digital which is at the core of driving the business and that the company has invested in retraining all employees in the past few years. "We are seeing beginning of a new cycle, demand environment will be strong. TCS is in for a multi-year cycle, help customers and grow its revenue," he said.

TCS managing director and chief executive Rajesh Gopinathan, who also adressed the AGM, said that digital revenue has been growing at 50 percent annually and constituted over USD 6 billion of the overall USD 20 billion revenue in FY19.