After the launch of new variants of the Skoda Rapid, Superb and Octavia, Skoda will be launching its SUV Kodiaq in the Indian market soon. 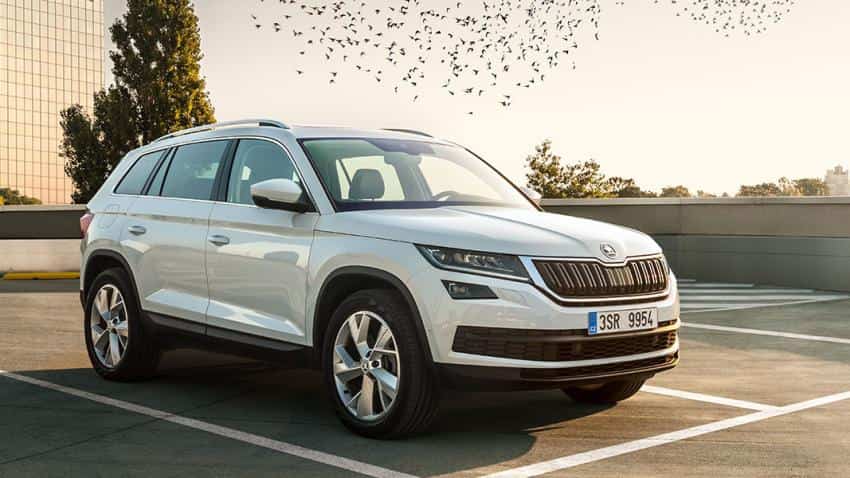 While the company did not have luck with its compact SUV Yeti, which it discontinued later on, the company is looking to introduce an SUV once again, but at a time when the popularity of SUVs have never been better in the country.

Skoda has been targeting the SUV segment and this was seen its newly launched ad for Octavia which specifically targeted SUVs and its superiority to them.

Skoda currently has only three models on sale in India, ie the Superb, Octavia and the Rapid. And it has already launched new variants of the Superb, the Rapid Monte Carlo and the Octavia.

Ashutosh Dixit, Service and Marketing Director of Skoda India told PTI recently that the company will shortly launch the 7-seater Kodiaq SUV, after having launched the new variants of the Superb, Rapid Monte Carlo and Octavia.

The Skoda Kodiaq is expected to be launched and go on sale in Q4 2017 and will take on other SUVs such as Toyota Fortuner, Ford Endeavour, Hyundai Santa Fe and other mid-sized premium SUVs.

The Skoda Kodiaq is expected to priced between Rs 25 lakh to Rs 30 lakh. This is the price at which most of its competitors in India are available at.

The Skoda Kodiaq is equipped with several high-end safety and security features and has achieved a 5-star rating, which is the highest, by safety regulatory body, Euro NCAP.

Globally, the Skoda Kodiaq has a 2.0-litre TDI diesel engine and 3.0-litre TSI petrol engine which gives out a power ranging from 123BHP to 188BHP.

In India the Skoda Kodiaq is expected to come with a 2.0-litre, 4-cylinder TSI petrol and a 2.0-litre TDI diesel engine. These are are engines used to power Volkswagen Group cars in India.

While the petrol engine will give a power of 177BHP and 320Nm torque, the diesel engine will generate 150BHP of power and 340Nm of torque.

All the variants of the SUV are expected to linked to a 7-speed DSG gearbox, supported by all-wheel drive system.

The Skoda Kodiaq has over 24 driver assistance systems and 8 cameras.

Similar to the Octavia and the Rapid, the new Skoda Kodiaq will be assembled from Volkswagen Group's Aurangbad manufacturing facility in Maharashtra.

While the launch of the Skoda Kodiaq is a few months away, unofficial bookings for the SUV have already started in India, according to an Indiacarnews.com report. Skoda dealers are taking pre-orders for an initial booking price of between Rs 20,000 to Rs 51,000.