Tata Motors and Skoda ended talks on a possible partnership just five months after signing an MoU for a long term partnerships for production of vehicles in India. 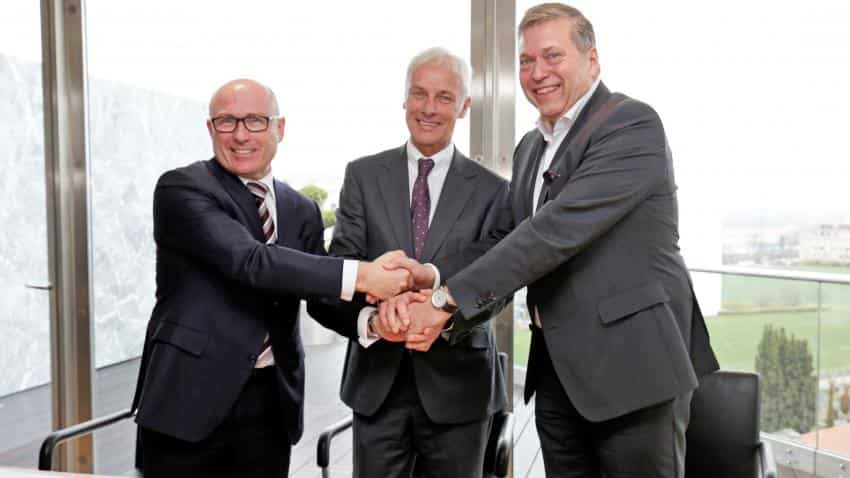 Tata Motors in a statement to BSE said that the two companies had performed a joint technical feasibility and commercial evaluation of a potential collaboration and decided the partnership may not yield the desired synergies as originally assessed.

“Based on intense and constructive discussions, both the companies have jointly concluded that the envisioned areas of partnership may not yield the desired synergies as originally assessed. Nevertheless, the two companies have decided to keep in touch for future areas of collaborations,” Tata Motors said.

Guenter Butschek, CEO and Managing Director, Tata Motors, said, “We have evaluated the technical feasibility and degree of synergies for the envisioned partnership. We have concluded that the strategic benefits for both parties are below the threshold levels. However, we remain positive of exploring future opportunities with the Volkswagen group, given the relationship of mutual respect that we witnessed during the phase of our cooperation discussions.”

In March, Tata Motors had signed a Memorandum of Understanding (MoU) with Volkswagen Group and Skoda Auto, which is a subsidiary of Volkswagen AG. Skoda was supposed to take the lead in this partnership with Tata Motors for joint manufacturing of their vehicles.

The automobile companies were exploring a long term partnership in India for the manufacturing of cars and were looking to leverage each other strengths to create synergies and develop solutions for the Indian and overseas market.

But it looked like the Tata Motors, Volkswagen Group partnership talks seemed destined for failure from the start itself. This is as (like a Zeebiz article pointed out when the MoU was signed itself) that automobile joint ventures or partnerships seldom last for a long time.

There are numerous partnerships between automobile groups that have come to an end after a while.

Take for instance, Mahindra & Mahindra's partnership with Renault which was formed in 2005 did not last long and April 2010 the companies decided to end their joint venture. The JV had launched the Logan which struggled to sell and after the split between the two Mahindra renamed it to Verito. However, it has not managed to see a huge growth in sales of the car.

This was one among four partnerships of Mahindra which had failed. It had two joint ventures with US-based Navistar International Corp in 2005 and 2007 to make an entry into the heavy commercial vehicles segment. It was considered a formidable deal and gave Mahindra the technological knowledge and expertise to become a full-fledged automobile company. The joint ventures ended in 2010 when Mahindra decided to buy the stake of the US-based company.

“There are challenges in a joint venture; when there are two decision makers, there are different approaches to do business,” said Pawan Goenka, president, automotive and farm equipment sector, Mahindra & Mahindra, in a Business Standard report.

Even its partnership with Ford came to an end in 2005 after 10 years. The JV with Ford was to diversify in the passenger car segment and it launched the Ford Escort. Later on Ford ended taking the stake in the JV and car went with the company.

Even Tata Motors had a partnership with Fiat which ended in 2012. However, this was limited to only a sales and marketing partnership.

Globally, too there are examples of automobile joint ventures falling apart. US carmaker General Motors (GM) saw its partnership with Fiat Auto fall apart four year later as it was cash strapped.

Even Suzuki and Volkswagen which were to be formidable alliance formed back in 2009 and just two years later Suzuki and VW were looking to exit their partnership. The partnership was done so that Volkswagen could get an access into the Indian market for small cars. The companies had agreed to cooperate on technology and expansion in emerging markets. Volkswagen later on argued that a deal between Suzuki and Fiat for diesel engines was breach of the contract.