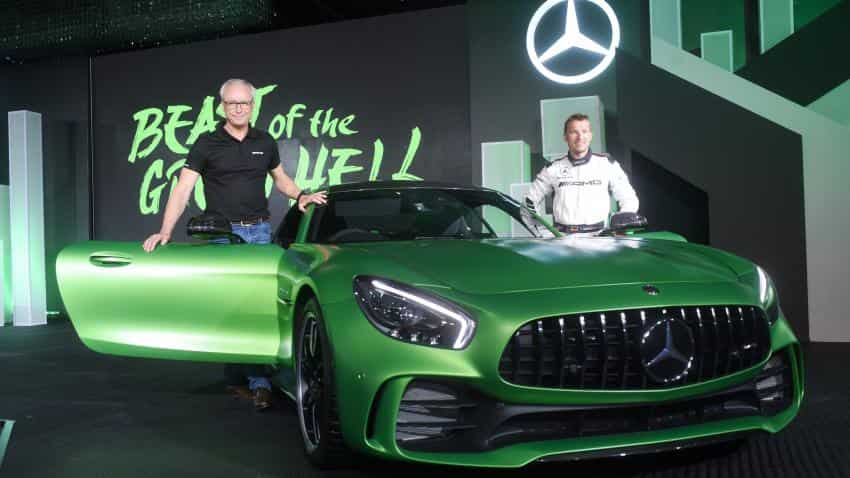 Several performance cars have been in rolling into the Indian market over the last few months. Just last week we saw the launch of Mercedes-Benz AMG GT-R and AMG GT Roadster, and the Jaguar F-Type SVR Coupe and Convertible in India.

Ferrari too launched its cars the GTC4Lusso and the GTCLussoT in India at the start of August. The GTC4Lusso in India priced at Rs 5.20 crore for the V12 engine variant. While the Ferrari GTC4LussoT with the V8 engine is priced at Rs 4.20 crore (ex-showroom).

These car launches come after the launch of performance cars such as Porsche 911 Turbo S, the Nissan GT-R and Ford Mustang GT launched last year. Even Volkswagen launched Polo GTI at the end of last year.

In just over a year and half the performance cars launched in India have increased significantly. Prior to this the only performance car that could be counted was the Fiat Punto Abarth and this too came with a smaller engine and was cheaper priced.

India has become the fifth largest passenger vehicle market in the world and is expected to become the third largest in the world within the next 3-4 years. The Indian market has grown by 9.20% and came in after China, US, Japan and Germany.

This has made India an attractive market for car makers to launch their high-end performance cars in the country. What is even more appealing to them is the luxury car sales have been seeing a steady growth in India. And luxury car sales in India are expected to gain momentum in 2017 with a greater pace in comparison to 2016, said a Business World report.

While this may be attracting car manufacturers to launch their performance cars in India, the sales of these cars has not been all too impressive till now.

Like with Fiat Punto Abarth, which was one of the most anticipated car launches in the hot-hatch segment in 2015, but failed to register much sales, these performance cars have failed get on the fast track of sales.

For instance, the Nissan GT-R, which was launched in December last year at a price of Rs 1.99 crore (ex-showroom Delhi), just managed to sell 1 car in last eight months, according to data received from the Society of Indian Automobile Manufacturers (SIAM). That too this sale of 1 unit was registered in the month of July 2017, seven months after the launch.

Ford Mustang has fared much better than the Nissan GT-R, but sales still remain to be very low. Ford Mustang has sold 279 units since its launch in India, according to SIAM data.

However, sales have been sporadic with few months of double digit sales and many others with a single digit sales. For instance, in June and July 2017 it sold only 8 units each, and in April and May it sold 9 units each. It sold 45 units in January 2017 and its highest sales during a month has been 59 units in November 2016.

This shows that while performance cars have been driving into the Indian market, they have failed even to even get past the starting line in the country. This could be due to the steep price tag that they come out at in India due to the high taxes that these cars incur.

However, if price is the reason for the poor sales of performance cars in India, sales of them cannot be expected to rise in the future with GST on luxury cars to soon go up further.