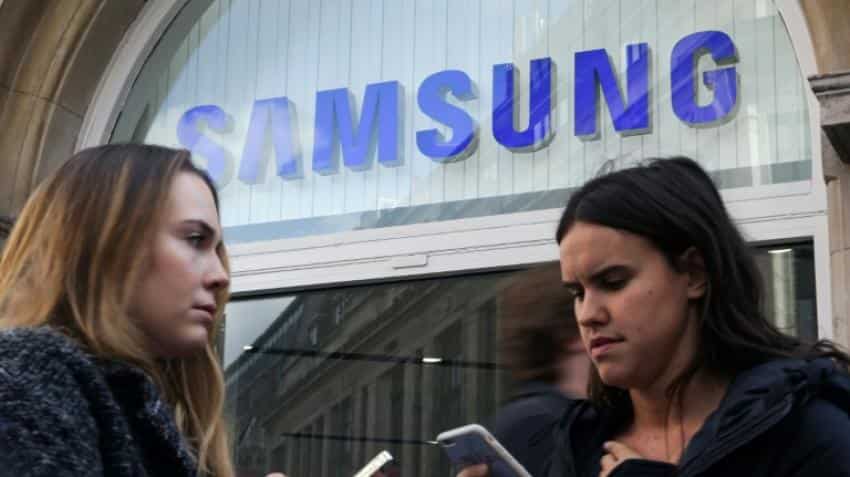 The company recalled some 2.5 million Note 7s in 10 markets following complaints that its lithium-ion battery exploded while charging, and then had to expand that as reports emerged of replacement phones also catching fire. Image Source: AFP
Written By: AFP
RELATED NEWS

Samsung announced on Friday it would disable its Galaxy Note 7 smartphones in the US market to force remaining owners to stop using the devices, which were recalled for safety reasons.

The South Korean electronics giant, the world`s biggest smartphone vendor, said 93% of Note 7 phones in the United States (US) had been returned to the company after its recall earlier this year, which came amid reports of devices exploding or catching fire.

But to get any remaining devices off the market, Samsung said it would deliver an over-the-air update that prevents the phones from charging.

"To further increase participation (in the recall), a software update will be released starting on December 19 that will prevent US Galaxy Note 7 devices from charging and will eliminate their ability to work as mobile devices," Samsung said in a statement.

The company recalled some 2.5 million Note 7s in 10 markets following complaints that its lithium-ion battery exploded while charging, and then had to expand that as reports emerged of replacement phones also catching fire.

As many as 1.9 million of the phones were sold in the United States (US), where authorities banned the device from use in airplanes and even from being placed in checked luggage.

Samsung said the latest move is "in cooperation with the US Consumer Product Safety Commission and in partnership with carriers and retailers."

"Since the affected devices can overheat and pose a safety risk, we are asking consumers with a Galaxy Note 7 to power it down and contact the carrier or retail outlet where they purchased their device," the statement said.

Consumers are able to exchange their phone for another Samsung smartphone, or receive a refund.