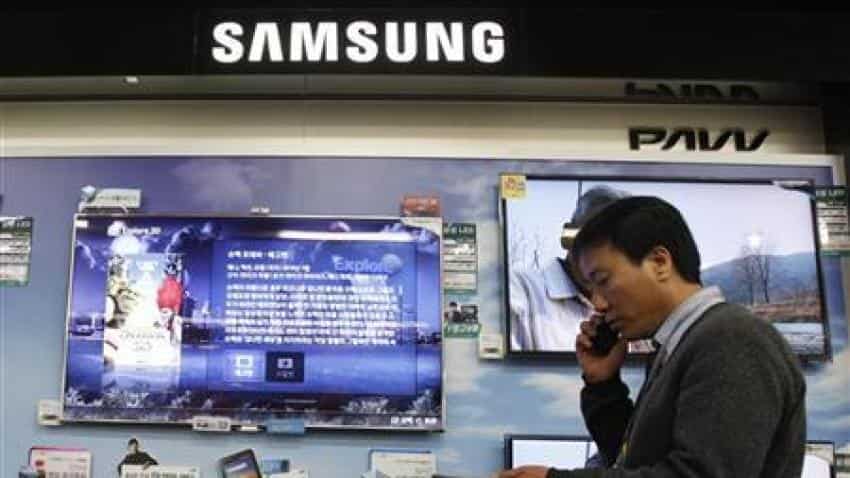 Samsung, which so far has been leader in the country's TV segment, has decided to cut prices by up to 20 per cent with maximum reduction in the entry-level models. Image source: Reuters
Written By: ZeeBiz WebTeam
RELATED NEWS

In a bid to check Chinese technology firm Xiaomi's expansion in India's television market, South Korean giant Samsung, which so far has been leader in the country's TV segment, has decided to cut prices by up to 20 per cent with maximum reduction in the entry-level models. Increasing competition from Xiaomi, Vu and TCL could be the reason behind the decision, said an Economic Times report.

Samsung has reportedly nearly 30 per cent share in India's TV segment followed by LG and Sony.

Chinese brands are trying to take a bigger pie of the Rs 22,000 crore television market in India, after grabbing more than half of the total smartphone sales. “While companies routinely drop prices by about 5% for old models when new models come up, but Samsung has dropped prices by 10-20%, which reflects a complete change in their pricing strategy,” the ET report quoted director of a leading durable retail chain as saying.

For its Mi LED TV users, Xiaomi has come out with a new offer. The Mi TV users will get a free broadband service from ACT Fibernet for three months and the offer will reportedly be valid till August 31, 2018.

Mercury falls to minus 11.8 deg C in Drass of Ladakh UT

'Concussed' Jadeja ruled out of remainder of T20I series, Shardul Thakur to replace him