He said a high-level committee has been formed at the departmental level to look into how to utilise the excess land holdings of MTNL and BSNL. 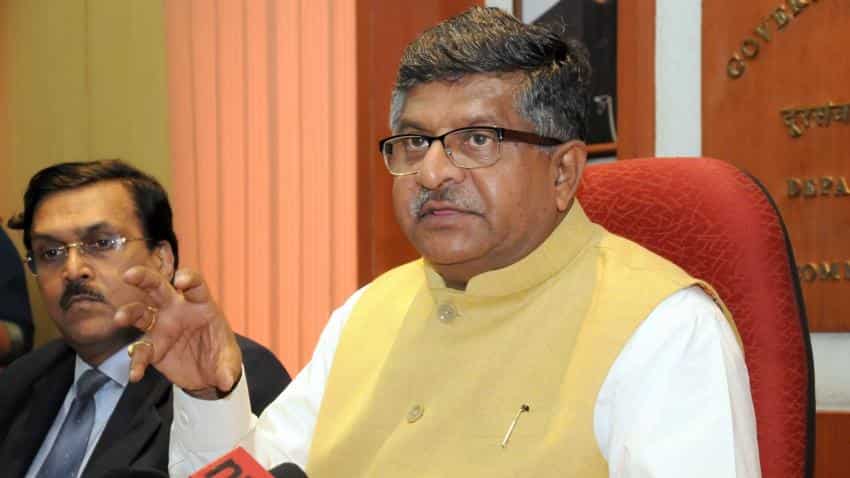 He further said the government has empowered the boards of these companies to take the right decisions. Photo: IANS

Even as state-run BSNL and MTNL look at monetising their realty assets, Telecom Minister Ravi Shankar Prasad on Friday said the precondition of using the land for telecom infrastructure at time of allotment may prove to be a hurdle.

"We also have some limitations emanating from the fact that the land was allotted specifically for telecom infrastructure. What do we do?" he said, speaking at the loss-making MTNL's technology centre in an upmarket area of central Mumbai.

Prasad added that some local support will be required to ensure that such plans go through smoothly and pointed to local BJP MP Kirit Somaiya as someone who can help. He said a high-level committee has been formed at the departmental level to look into how to utilise the excess land holdings of MTNL and BSNL.

"I would like MTNL's revenue to increase, not only in terms of improving connectivity and consumer base, but also in optimum utilisation of their resources and infrastructure," Prasad said. He further said the government has empowered the boards of these companies to take the right decisions.

Attacking the previous UPA regime, he said MTNL, which had reported a profit of Rs 10,000 crore when the Vajpayee government demitted office, was reeling under losses of Rs 8,000 crore at the end of a decade of Congress rule.

The minister, who was in the city to speak about the achievements of the two years of the Narendra Modi government, said PSUs face a slew of challenges in their working and he would love to see a turnaround.

The challenges for a PSU include facing flak from a minister, answering Parliament questions, facing an aggressive media, scrutiny by CBI and CVC as well as the judiciary and sticking to the L1 system under which the lowest bidder in a tender wins contracts, he said.

He said the employees have to come together and collectively ensure improvement in the financial conditions of these units.