In H1FY17, the company had recorded EBIT losses of Rs 8 billion as compared to Rs 7.9 billion in H1FY16. 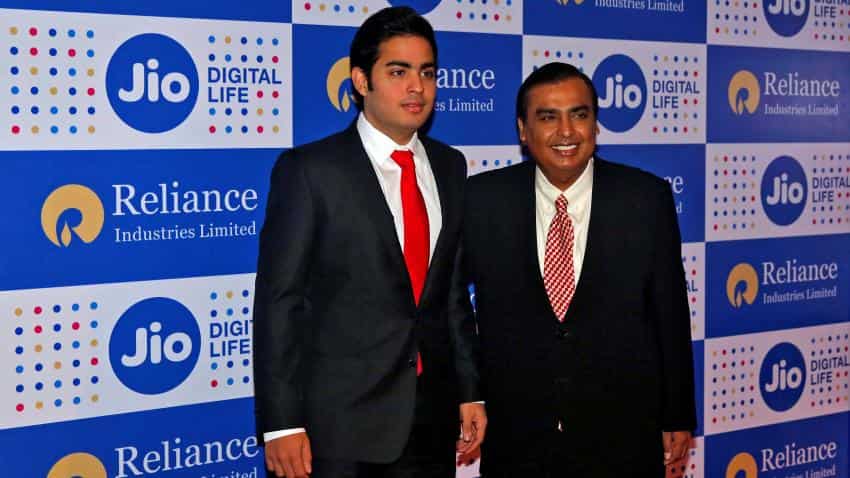 The debt levels will rise on the back of ongoing investments by the company. Photo: Reuters
Written By: ZeeBiz WebTeam
RELATED NEWS

The operating cash flow from refining and petrochemical businesses of Reliance Industries (RIL ) will provide the cushion against any weak cash generation from the recently launched telecom operation Reliance Jio (RJio).

According to Fitch Ratings, RIL's refining and petrochemical operations are supported by their large scale, asset quality and the company's leading position in the two segments.  As per the data shared by the rating agency, during the six months of the current financial quarter, the company recorded gross refining margins (GRM) of $10.8 per barrel as against $10.5 per barrel in H1FY16.

Muralidharan R, Analysts, Fitch Ratings, in a note titled 'Fitch Affirms Reliance Industries' Ratings; Outlook Stable', said, "We expect the GRM to narrow in the near term in line with the industry trends; although the commissioning of a gasification unit in FY17 should result in a sustained increase in RIL's GRMs by around $1.5-2.5 per barrel."

Moreover, the company is planning to complete the capital expenditure in the refining and petrochemical business by H1FY18, and majority being finish during the current quarter. However, the benefits from its investment will start accruing from FY18 and support improvement in its profitability and operational cash flows, the report added.

Reliance in September had launched its telecom operations Reliance Jio. It has planned a total capex of Rs 1.5 trillion out of which it has spent Rs 1 trillion in the first quarter of FY17.

As per the report, RIL will be able to take advantage of the strong growth potential in the Indian telecom market.  "We expect the robust infrastructure along with its affordable 4G data offerings to support Jio's growth. Jio will face intense competition from the financially strong incumbent Indian telecom players; but we believe falling data tariffs will support significant expansion of overall data consumption in India over the medium term", Muralidharan added.

In H1FY17, the company had recorded EBIT losses of Rs 8 billion as compared to Rs 7.9 billion in H1FY16.

The rating agency also pointed out that in FY17, the company's debt levels likely to rise with increasing its financial leverage as measure by net adjusted debt or operating EBITDAR, to be above 3.0x as compared to 2.9x in FY16.

The debt levels will rise on the back of ongoing investments by the company. However, the financial profile will improve from FY18 onwards with  higher cash generation from its refining and petrochemical operations, the report said.

Following the cash generation in FY18, the company's financial leverage to improve to below 3.0x by FY19, considering Reliance's recent heavy investment in the telecom operations, the report added.

Considering, all the above factor, Fitch Ratings had affirmed the company's Long-Term Foreign-Currency Issuer Default Rating (IDR) at 'BBB-', and its Long-Term Local-Currency IDR at 'BBB'. The Outlook on the ratings was kept Stable.