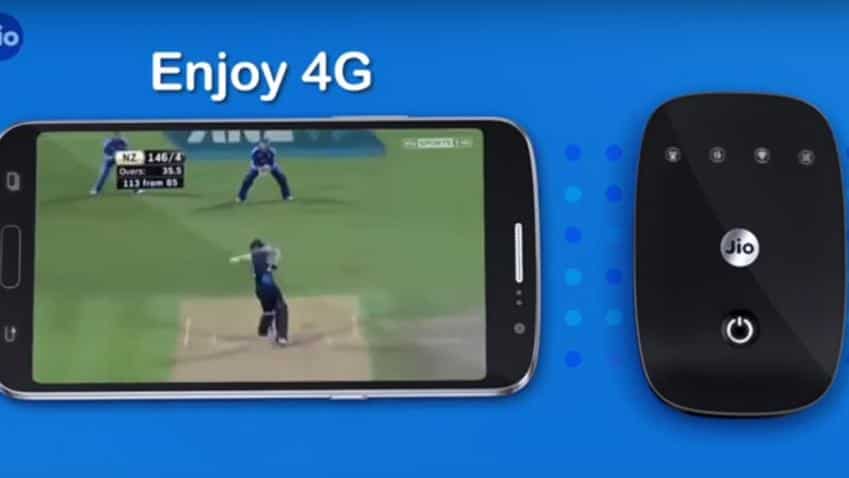 Reliance Jio is pushing for its growth in users through higher data adoption by its plans. The strategy it has adopted to do this now is by pushing the use of its wi-fi dongle or JioFi 4G Hotspot rather than the just going for just the SIM card. This as many customers do not want to switch their telecom operators and may not want to go in for a new smartphone with 4G capabilities.

It's recent advertising campaign gives an insight into this strategy as it pushes for the users to get the Jio wi-fi dongle instead of going in for a new 4G smartphone and suffering with low 2G/3G speeds. It in fact says “Now, 4G with 2G phone, 4G with 3G phone”.

This strategy was even more evident today as Reliance Industries Chairman Mukesh Ambani announced Reliance Jio's further plans in terms of tariff plans. He said that Reliance Jio would be monitoring the data plans offered by other telecom operators and offer 20% more data than them. He said that while there has been confusion for users regarding which data plan was the cheapest, he said he would simplify it through this.

Hailing the Jio's performance in just 170 days since its launch in September, Ambani said that now India has become No.1 country in the world in terms of mobile data usage. Data consumed on Jio network was 100 crore giga byte in last few months, he said.

"Jio has more than twice 4G base stations as compared to the combined capacity of all telecom operators in India. We plan to double this in the coming months with Jio covering 99% of Indian population," Ambani said.

Reliance Jio looks to gather even more users through its Jio Prime Membership offer which will offer the Happy New Year offer to users for 1 year (till March 31, 2018) at Rs 99. It will offer this at a tariff rate of Rs 303 per month.

These offers will push more users to register with the network for the data plan and buy the wi-fi dongle or JioFi 4G Hotspot which costs just Rs 1,999. This would mean the sales of the JioFi 4G Hotspot would increase significantly higher in the next month.

Apart from this, while Reliance Jio has launched its own feature phones and smartphones, the adoption would be much slower than the wi-fi dongles.