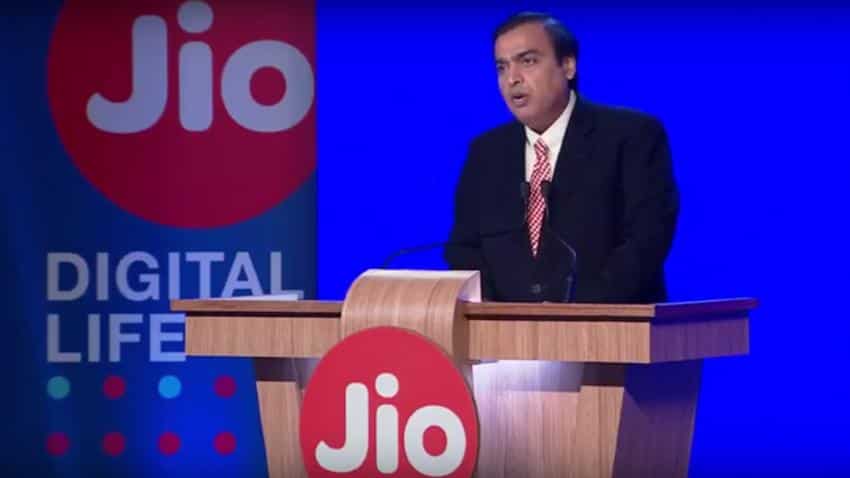 The scheme offers the existing Jio customers as well as those who enrol before the March 31 deadline to avail of the company’s ‘Jio Prime Membership’ fee of Rs 99 for a period of 12 months. Image Source: RJio/Youtube

RJio users can continue enjoying unlimited benefits of its ‘Happy New Year’ offer till March 31, 2018 by enrolling in the company’s new scheme from March 1 to 31, 2017.

The scheme offers the existing Jio customers as well as those who enrol before the March 31 deadline to avail of the company’s ‘Jio Prime Membership’ fee of Rs 99 for a period of 12 months.

After congratulating the Jio users and calling them ‘co-founders of the Jio movement,’ Ambani said that in order to gratify them he would reveal plans that would benefit these initial users the most.

Jio Prime Members will require to pay Rs 303 per month to avail of prime media annual subscription worth over Rs 10,000 ‘completely free’ until 31 March 2018.

The plan has been introduced as a 'rock-bottom introductory' one of effectively just Rs 10 per day for another year, Ambani added.

Enrolment in the Prime Membership will be done at any Jio store, MyJio App and jio.com Ambani said. “More ‘exclusive’ offers will be coming up in the next few weeks which can be seen on the MyJio app or jio.com,” Ambani added.

Other than this, Ambani said that voice calling in the country will 'always remain free' no roaming charges across India.

"Jio is instituting a comprehensive process of monitoring all publicly announced plans from all operators… across the country… on a regular basis. And we will not only match the highest selling tariffs of each of the other leading Indian telecom operators… but we will provide 20% MORE DATA in each of these plans," Ambani said.

Nearly 170 days after its inception on September 5, Ambani said that RJio has crossed the 100 million customers mark with 60,000 employees and over 10 lakh retail partners.

"Of nearly 60,000 employees… of lakhs of team members of our technology partners… and over tens of lakhs of our retail partners… involving a community from all across India… and creating sustainable employment for more than 50 lakh people," Ambani added.

On an average, Ambani said that RJio added nearly seven customers per second on every single day.

Ambani added that the new entrant had ‘more than double the number 4G stations of all other operators combined.’