Real Estate will have a substantial contribution to our books in H2FY20: PK GUPTA, CMD, NBCC 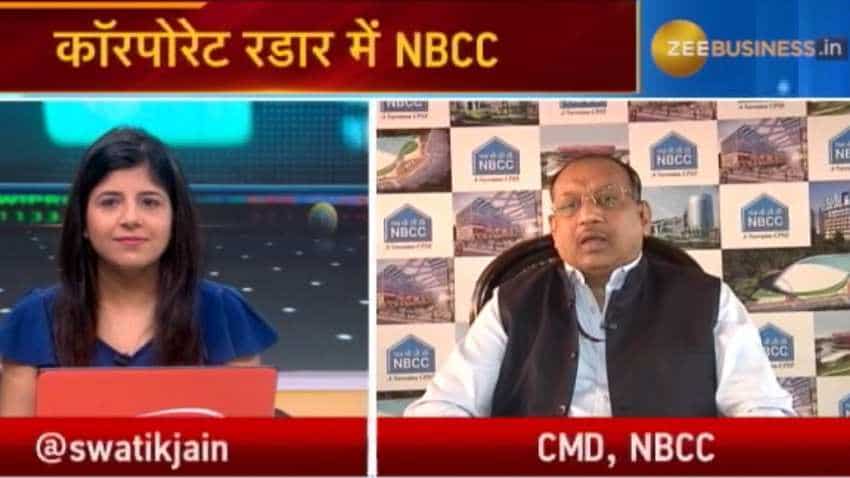 The ministry of environment, forest and climate have given us the project and we will get 7% fees by completing the project, sayx NBCC CMD.
Written By: ZeeBiz WebTeam
Edited By: Asit Manohar
RELATED NEWS

Will the Rs500 crore project consultancy order for National Museum of Natural History will benefit your books, if yes, then by when its impact can be seen?
The ministry of environment, forest and climate have given us the project and we will get 7% fees by completing the project. The work will be initiated soon after drawings are completed.

Tell about the geographies from which the orders are coming and are likely to come from? How the government's initiatives to boost the real estate sector will benefit your company?
Most of our orders are from the project management consultancy sector. As far as the real estate downfall is concerned, they are returning in a better position. Of all the stalled real estate projects of NBCC, we have opened the sale of three of those projects and in the process, last month, we have sold 32 flats in the Gurugram's NBCC Heights project and the remaining 150 flats will be sold in next 4-6 months. Besides, we have also opened the sale of two of our properties that are based in Lucknow and Bhubaneswar. So, the real estate that had zero contribution to our books in the first half of the year is likely to have a substantial contribution in the second half.

Kindly throw some light on the current status of the Delhi Redevelopment project and Jaypee Infratech projects?
The case of redevelopment of colonies project of Nauroji Nagar is in the court and its next hearing is scheduled on November 22, 2019. However, 4-5 hearings have been held this month in a fast track manner and the last hearing took place on November 19 and the next will happen on November 22 and we hope to get a solution soon. Besides, we have submitted a proposal for Jaypee and the committee of creditors has met once and the next meet is scheduled to take place on November 28, 2019. Supreme Court in its guidelines has asked to complete its resolution within 90days, which ends on February 7, 2020. So, its results will be declared by then.

What is the status of the projects that are on hold at present and how quick will the work start on them?
Nauroji Nagar's World Trade Centre and redevelopment of colonies in Sarojini Nagar, Nauroji Nagar and Netaji Nagar are the major projects that are on hold at present. Nauroji Nagar case will be heard on November 22 while Netaji Nagar and Sarojini Nagar are at the stage of final approval. So, we hope that these three projects will be cleared soon but providing any exact date for the same is a difficult task but it seems that things will be cleared soon.

Quarter's result was a bit disappointing and a downward trend was seen in margins and profits. What do you foresee and can you say that the worst is behind you or still there are concerns on margin?
Tax expense of Rs113 crore in H1 (first half of the year) had a major hit on the margins. Besides, re-starting projects and rainy season led to low turnover, which had an impact on the margins as well. But, hopes are there that we will do well in H2 (second half of the year) because we are gaining speed particularly the stalled real estate projects and are focusing on executing them.