Rana Kapoor reveals who his No. 1 choice as new Yes Bank CEO was

Rana Kapoor expressed his gratitude to Ravneet Gill for accepting the post of the Yes Bank CEO. 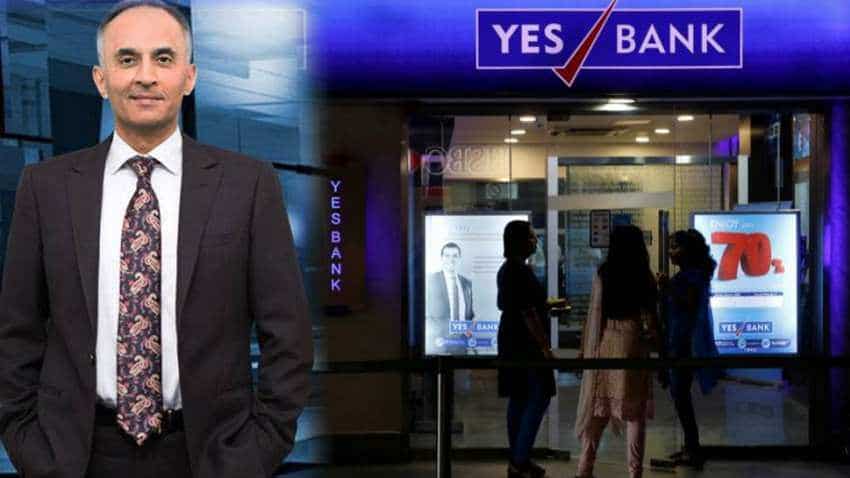 Yes Bank announced the appointment of Ravneet Gill as its new CEO and MD on Thursday afternoon. While Gill will take charge of Yes Bank from March 01, this would be Rana Kapoor's last quarter as the CEO.The appointment will be subject to the approval of shareholders at the ensuing Annual General Meeting of Yes Bank to be held in the month of June, 2019. Gill was the number 1 priority candidate in the submissions made by the Bank to RBI on January 10, 2019.

Rana Kapoor expressed his gratitude to Ravneet Gill for accepting the post of the Yes Bank CEO.

On the occasion, Kapoor said, "On behalf of the Board of Directors and 21,000+ YES BANKers, I am extremely pleased to welcome Ravneet Gill as the new MD & CEO of YES BANK and also convey our finest appreciation to RBI for its expeditious approval in less than 3 weeks."

" I have had the opportunity to have known and briefly interacted with Ravneet Gill professionally over the years, and have admired his exceptional professionalism and outstanding
leadership style," added Kapoor.

Further he said, " I am certain that his diverse, comprehensive experience as a career banker will provide significant confidence & conviction to all stakeholders including employees, customers and investors.”

Who is Ravneet Gill?

Ravneet Gill is an eminent banker with more than 3 decades of experience with the last 25+ years having been with Deutsche Bank AG, the 11th largest bank in the world. On his illustrious career, Gill has spearheaded all key banking functions including Corporate Banking, Capital Markets and Treasury Solutions (CMTS), Investment Banking, Retail & Private banking at Deutsche Bank AG. Most recently, Ravneet Gill was confirmed as the MD & CEO of Deutsche Bank India for a 3rd term by RBI.

Ravneet Gill started his journey at Deutsche Bank in 1991 in private wealth management and moved to Corporate Banking in 1993, growing from a relationship manager to becoming the CEO in 2012. He has been also a member of Deutsche Bank AG’s Asia-Pacific Executive Committee. In 2003, he took over as Head of Corporate Banking Coverage and held the position till December 2008, when he was appointed Head of Coverage for Global Markets and built a dominant flow franchise to compliment the platform's structured products' capabilities.

In his most recent role as CEO of Deutsche Bank’s businesses in India, he has ensured one of the lowest NPAs in the industry, and delivered one of the highest post tax Returns on Equity amongst all banks in India with a team of over 14,000 employees.

Under Gill’s leadership, Deutsche Bank has been a recipient of many marquee international & domestic awards & recognitions, and he is regarded as one of the most high profile and successful MNC CEOs in India today.

Ravneet was also a Member, Management Committee of Indian Banks Association (IBA) from 2012 – 2018 and holds a Masters in Political Science from Hindu College, University of Delhi (Year 1985).