Qualcomm Inc Chief Executive Officer Steven Mollenkopf sought government help to block an acquisition of the U.S. chip maker on fears of China`s technological ascendance, only to see his biggest deal thwarted by China. Now the 49-year-old former electrical engineer is under investor pressure to show that he can go it alone. 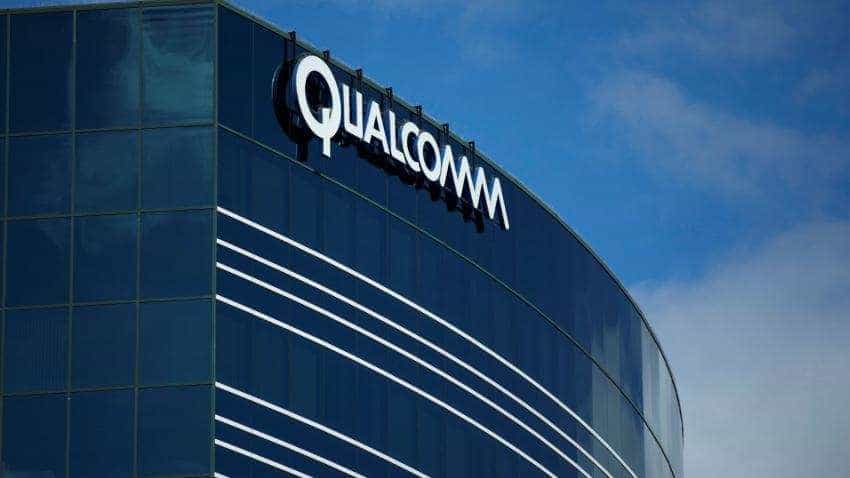 Qualcomm Inc Chief Executive Officer Steven Mollenkopf sought government help to block an acquisition of the U.S. chip maker on fears of China`s technological ascendance, only to see his biggest deal thwarted by China. Now the 49-year-old former electrical engineer is under investor pressure to show that he can go it alone.

Several Qualcomm shareholders interviewed by Reuters said they were willing to give Mollenkopf, who has been CEO since March 2014, only one to two more years to show he can diversify the company`s business beyond the fiercely competitive mobile phone sector that now accounts for the vast majority of its business and settle disputes with Apple Inc and Huawei Technologies Co Ltd.

"Mollenkopf is in the `show me` phase of his tenure. I think he has about two years," said Tom Plumb, founder of Wisconsin Capital Management, which has 2 percent of its equity portfolio allocated to Qualcomm.

Mollenkopf faces the consequences of a bold gambit. Earlier this year, Qualcomm asked the Committee on Foreign Investment in the United States (CFIUS), which scrutinizes deals for potential national security risks, to review a $121 billion hostile bid for Qualcomm by rival Broadcom Ltd.

It was an unusual move, because typically only agreed deals are submitted for CFIUS review. If CFIUS took this up, it would be the U.S. government, not Qualcomm shareholders, that would decide its fate.

Qualcomm`s maneuver worked. President Donald Trump blocked the deal in March, citing CFIUS`s concerns over a shift to Chinese dominance in 5G wireless technology, even though Broadcom, which at the time was based in Singapore, was not a Chinese company.

Amid growing tensions with the United States over trade disputes, China responded by stalling on its antitrust review of Qualcomm`s $44 billion acquisition of NXP Semiconductors NV, which the two companies had agreed in October 2016.

On Thursday, frustrated with Chinese regulators` seemingly endless delays, Qualcomm let the merger agreement with NXP expire and paid it a $2 billion breakup fee. NXP`s strength in the automotive market had been expected to help Qualcomm reduce its dependence on the smartphone market.

Qualcomm now faces an uphill struggle in carrying out a transformative acquisition such as NXP in the near term, given that all major semiconductor peers have a footprint in China that would subject any acquisition to a China review.

Mollenkopf has acknowledged this, but told analysts on Wednesday that he believed big acquisitions would be possible again after this "unusual window" of trade tensions between the United States and China passed.

Without NXP, Mollenkopf will have to find ways to expand Qualcomm`s chip offerings on its own into sectors such as automobiles, internet connectivity and network processing on its own, investors say.

"Qualcomm has a lot to prove and the markets are not giving it the benefit of the doubt," said Neuberger Berman associate portfolio manager Shawn Trudeau. Neuberger Berman`s equity income fund owns $10 million in Qualcomm stock and has been an investor in the company for close to three years.

A Qualcomm spokeswoman said the company`s earnings demonstrated "that the execution of the company has been very strong in a period of great distraction" and that it had received positive feedback from investors from its standalone plan.

Mollenkopf has already faced questions internally about his leadership. In March, his predecessor, Paul Jacobs, stepped down from Qualcomm`s board of directors to pursue a long-shot acquisition bid for Qualcomm, which has a market capitalization of $93 billion. His exit followed disagreements with Mollenkopf over his strategy, sources said at the time. Jacobs has yet to secure the funds to put together that offer.

Later in March, investor frustration spilled over into Qualcomm`s annual shareholder meeting, when Mollenkopf was re-elected to the company`s board with only 45 percent of the shares outstanding. Shareholder advisory firms such as Egan-Jones Proxy Services said that anything less than 80 to 90 percent of the vote would undermine the authority of Mollenkopf and other board directors.

Mollenkopf got a partial reprieve on Thursday, when Qualcomm shares closed up 7 percent, at $63.58, as investors cheered the $30 billion share buyback Qualcomm announced to make up for the loss of the NXP deal and celebrated the end of uncertainty over the NXP deal.

However, Qualcomm`s stock is still below the roughly $76.00 level it was hovering at when Mollenkopf became CEO about 4-1-2/ years ago, and way below the $82-per-share offer from Broadcom that it rejected in February. Hal Eddins, chief economist at Qualcomm shareholder Capital Investment Counsel, said this puts Mollenkopf under new pressure to improve performance.

"We obviously got caught up in something that was above us, so I don`t know if I would conclude anything about our own business, our ability to invest [in China] or partner with Chinese companies," Mollenkopf told Reuters on Wednesday.

SETTLING WITH APPLE
Mollenkopf`s immediate challenge is meeting Qualcomm`s goal for up to $7.50 in adjusted earnings per share by fiscal 2019, compared with $4.28 in fiscal 2017. That hinges on resolving its licensing disputes with Huawei and Apple, as well as continuing to diversify revenue.

Parts of Qualcomm`s global court battle with Apple are expected to come to a head in the fall and early next year, while Qualcomm and Huawei remain in talks to try to resolve their dispute.

Only 13.4 percent of Qualcomm`s $22.3 billion in revenue in fiscal 2017 was not tied to mobile phones. This year, Mollenkopf expects Qualcomm`s non-mobile revenue to hit $5 billion, or about 22 percent of the $22 billion in overall revenue at the low end of the company`s guidance.

Mollenkopf "is on the clock for sure, and I`m not certain that the NXP buy would have changed that," Eddins said.