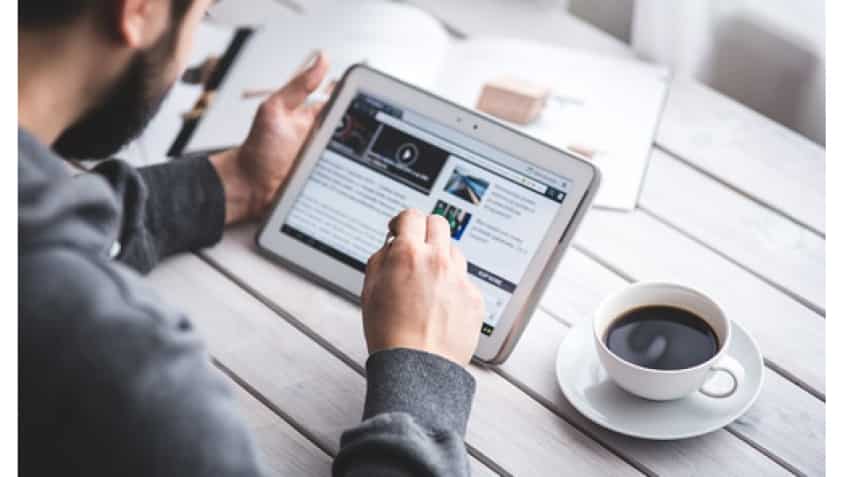 Netflix is testing a mobile-only plan for Rs 65 per month, which is currently available in beta version only. Image source: Pixaby
Written By: Bivekananda Biswas
RELATED NEWS

Even as over-the-top (OTT) or video streaming platforms such as Netflix India, Amazon Prime Video India, Hotstar, Hungama Play, and ALT Balaji, among others are aggressively foraying into the Indian market,  multiplex chains have managed to hold their fort strong. Video streaming platforms are offering monthly subscription at a very low price. Netflix is testing a mobile-only plan for Rs 65 per month, which is currently available in beta version only. Hotstar has Rs 299 monthly and Rs 999 yearly plans in which subscribers can watch sports, Hollywood and Bollywood movies etc. Amazon Prime Video is offering a subscription for Rs 129/month and Rs 999/year.

These services provide people with cheaper and convenient access to entertainment. They can watch at any time whenever they are free. Besides, they get access to a wide range of content such as movies, reality shows, and sports, among other content. However, multiplex owners seem not to be over the apparent threat from the OTT players.

Kamal Gianchandani, CEO of PVR Pictures, told Zee Business Online, "These content services provided by these video streaming platforms have not affected our business. In fact, if you look at the annual financials, our business during the previous financial years has gone up. Watching movies in multiplexes give the audience different experience and people who like to watch movies on a big screen will always come to theatres. Therefore, there is no threat of losing business to these platforms."

Gianchandani said people like sound effects, visuals, and the atmosphere inside the movie theatres.

Rahul Puri, MD of Mukta Arts Ltd and Mukta A2 Cinemas, said, “OTT platforms’ viewership in India has shot up due to many factors including increase in platforms, varying content, decrease in subscription fees, offers by various mobile service providers etc. and with the growth of internet connectivity in India; this is only going to increase."

Even today the audience still enjoy watching movies on big screen.  The type of content that works on the big screen is totally different than that of OTT platforms. Certain films are and will always be better enjoyed on the big screen such as Bahubali, Avengers, Star Wars, Disney movies, Simba etc. Cinema-going is no longer just an isolated event; it is a great experience for couples, friends and families, who usually combine it with a meal or shopping or any other form of entertainment.

The experience of watching films with all the frills surrounding it along with a community of people who share a common interest is something that people enjoy.  We have seen a variety of films doing great at the Box office this year and if numbers are to be believed, we have seen an increased performance across all our cinemas in comparison to the previous financial year, Puri explained.

Heterogeneous demography of India demands a varied format, content, and experience when it comes to watching movies. While the reach of television across the nook and corner of the country took movies to the masses, the exhibition theatres offered a different experience to the film connoisseurs, said Amit Sharma, managing director of Miraj Entertainment LTD.

However, these movie screening halls came with fixed timings and high costs. OTT platforms such as Netflix, Amazon filled in this gap by providing customers with wider options of enjoying movies in their convenient time and place. Also, more options of films meant space for more content for the producers and better accessibility for the film lovers, he added.

OTT platforms with their content availability have created new challenges for cinema owners and exhibitors.  Audiences, especially in Tier I and II cities, are increasingly exploring choices, knowing that the films will be available a few weeks after the release on these platforms.

"We are also witnessing a trend where Friday might not be the definitive word on a film's box office success. The first weekend is more telling on how a film is going to fare.  Having said that when word of mouth is good on a film or else it is a big budget, A-starrer film, then audience choices are still the same as before. I can say with confidence that audiences have not stopped coming to the theatres. They will still want to experience the 'cinema experience' but now filmmakers have to work harder to ensure they do," said Anand Pandit, producer of films like 'Total Dhamaal,  ‘Baazaar’.

The Indian market is growing at a tremendous rate and offers opportunities for both traditional and digital screens to coexist. Digital platforms have broadened the scope of the market and given an additional revenue source to the film industry while extending a film's reach beyond geographical and linguistic borders.

At the same time, they have offered viewers the freedom to watch movies at a time, place and screen of their convenience while allowing them to catch up on films they might have missed at the time of their initial release, said Siddhartha Roy, COO, Hungama Digital Media.
VoD platforms have also proven to be liberating for storytellers. While there are some movies which demand a larger than life experience and warrant a theatrical release, there are some which are meant for a niche audience and filmmakers find it easier to reach the intended target audience through the digital medium, he added.