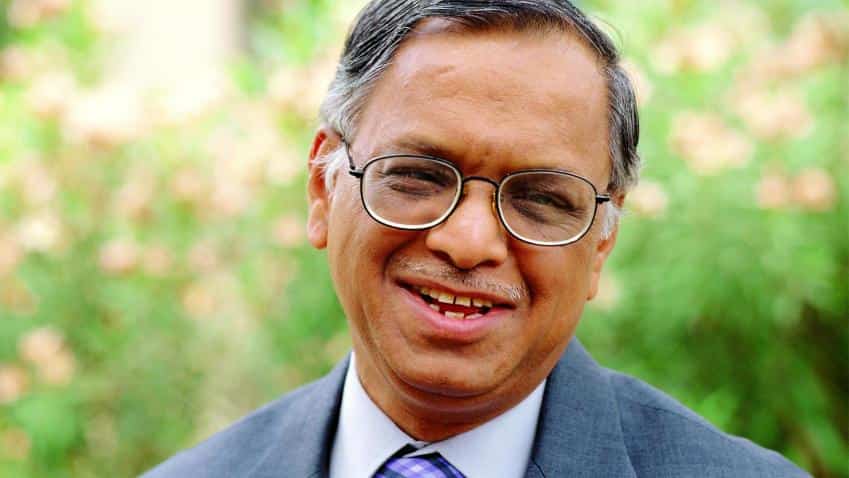 The medals, as the Jefferson institute said, were the ‘highest external honours’ bestowed by the University, which grants no honorary degrees. Image Source: Narayana Murthy
Written By: ZeeBiz WebTeam
RELATED NEWS

Co-founder of Infosys, N. R. Narayana Murthy, will be among those who receive the Thomas Jefferson Foundation medals and will be awarded the ‘Global Innovation’ medal on April 13, the non-profit organization announced its awardees on Wednesday.

“Murthy articulated, designed and implemented the “global delivery model,” which became the foundation for the huge success in IT services outsourcing from India. Having led key corporate governance initiatives in India, he also is an IT adviser to several Asian countries,” the Jefferson institute said.

The former CEO of Infosys will be also giving a free public lecture at UVA on April 12 from 1:30 to 2:30 pm and will also be honored at a formal dinner at Monticello.

“On the anniversary of Thomas Jefferson’s birthday, April 13 (known locally as Founder’s Day), the University of Virginia and the Thomas Jefferson Foundation at Monticello join together to present the Thomas Jefferson Foundation Medals to recognize achievements of those who embrace endeavors in which Jefferson, the author of the Declaration of Independence and third U.S. president, excelled and held in high regard. These medals are the highest external honors bestowed by the University of Virginia, which grants no honorary degrees,” Jefferson institute said.

Gordon Moore was the first recipient of the Global Innovation award in 2016 who was an American engineer, technologist and entrepreneur and whose pioneering work in semiconductor electronics helped establish Silicon Valley and drive the Digital Age.

“The Thomas Jefferson Foundation Medals recognize the exemplary contributions of recipients to the endeavors in which Jefferson – the author of the Declaration of Independence, the third U.S. president and the founder of the University of Virginia – excelled and held in high regard,” Jefferson said.

The medals, as the Jefferson institute said, were the ‘highest external honours’ bestowed by the University, which grants no honorary degrees.