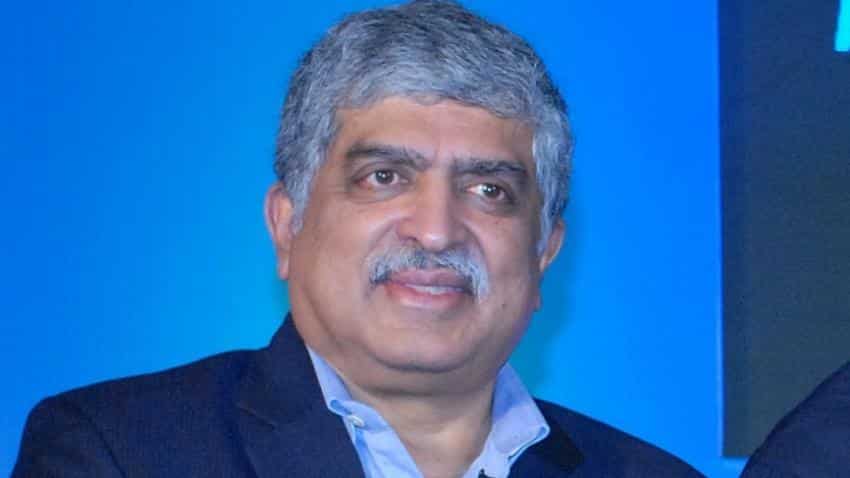 Nilekani is presently Infosys Non-Executive Chairman, who in his earlier role as head of Unique Identification Authority of India, is considered the architect of Aadhaar. Image source: IANS

Former Infosys CFO V Balakrishnan today urged the Centre to get persons like the company's Nandan Nilekani or IT czars N R Narayana Murthy or Azim Premji for the reportedly proposed post of Chief Information Officer under the PMO.

"I think the government should get leaders from the tech industry to be the CIO. This will bring credibility to the process. People like Nandan had earlier worked in government and abrought the needed change. They should also get somebody of that stature and calibre to be the CIO," Balakrishnan said.

"People like Narayana Murthy and Premji could also be  considered," he told PTI.

Balakrishnan said this in response to a query on who could be the most suitable candidate in the backdrop of reports that the centre is mulling to create the post of CIO, to help integrate IT strategies and policies related to various government departments.

Nilekani is presently Infosys Non-Executive Chairman, who in his earlier role as head of Unique Identification Authority of India, is considered the architect of Aadhaar.

However, to make the post of CIO effective, Balakrishnan said it is necessary to provide political cover and independence to the same.

The post of CIO will ensure govermment gets better returns in its technology investments, he said.

"With increased focus on digital and data security there needs to be a cohesive effort from all government arms in adopting and executing technology solutions for governance," Balakrishnan said.

"I totally agree (that India should have a CIO under Prime Minister's Office). The government needs this to create a tech vision for itself," Pai said.

This will help integrate IT strategies and policies related to various departments, he said.

India also needs a Chief Data Scientist to enable use of big data, he added.

In the light of a large part of financial transactions and technology back-end in India likely to be inter-linked with Aadhaar number, the role of CIO becomes all the more important, he added.

The government plans to interlink financial transactions and technology back-end with Aadhaar number by next financial year.

According to some media reports, the role of CIO will be reportedly similar to that of a White House CIO, who is also responsible for designing an inter-operable IT infrastructure of the administration.

The White House CIO is also reportedly responsible for managing the IT spending of the federal government.

IT experts feel CIO could push for open source procurement of software which could lead to more efficient spending of taxpayers' money on IT expenditure by the centre.