Flight fares have dropped in October with airlines offering attractive discounts on tickets. 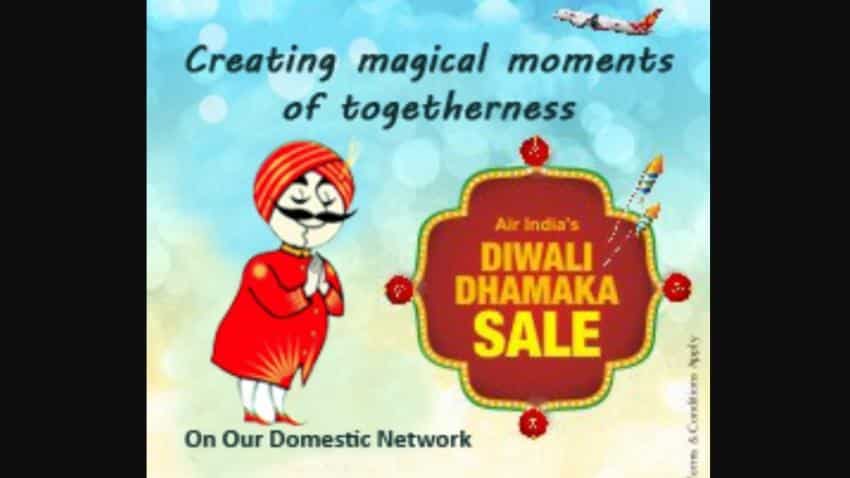 Airlines have continued with the discounts on flight tickets in the run-up to Diwali with Air India and Jet Airways now joining the lot.

“10% discount for domestic travel in economy and business class for bookings made on web and mobile app,” Air India said.

The scheme was made effective on October 13 and will last till December 15 for a travel period to be completed on or before December 15.

In addition, Air India said, “Offer only valid on All flights operating on the Air India Network and booked through Air India website, and Air India mobile application. Scheme is valid for both, one-way and round-trip bookings.”

Full service carrier, Jet Airways is also offering cheaper priced flight tickets. Last week the company was offering a business class all-inclusive ticket from Mumbai to Delhi at Rs 14,805. Economy all-inclusive return tickets for the same journey however has been priced at Rs 6,000.

Drop in airfares during tourist season was suspected due to weaker air travel in the October period.

No frills airlines had announced sale on flight tickets earlier this month. IndiGo was offering low fares starting at Rs 1,120.

SpiceJet and AirAsia were also offering discounts on specific domestic routes and on booking hotels.

Online travel portals – MakeMyTrip and Cleartrip as well have begun offering attractive offers on air travel. Gift cards worth up to Rs 50,000, one night free on first-time hotel booking and Rs 15,000 off on international flights, a report by PTI cited.