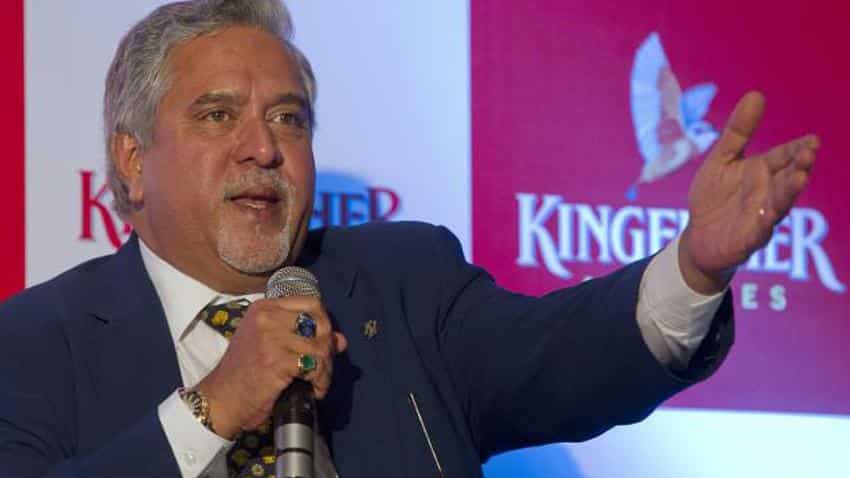 The auction failed even after the trademarks reserve price was set at one-tenth the cost it was used as a collateral to get the loans. Image source: Reuters
Written By: ZeeBiz WebTeam
RELATED NEWS

The auction to sell off Kingfisher Airlines' brand and trademark, including the once-famous 'Fly The Goodtimes' has failed. Lenders failed to get any bidders for the company's trademarks despite a low reserve price of Rs 366.70 crore, one-tenth of the original price at which it was pledged as a collateral for the loan.

In a bid to recover atleast a part of its dues, the 17 banks' consortium initiated an auction of the various brands and trademarks of the long-grounded Kingfisher Airlines. The first update after about half hour said that it hardly had any takers. The auction lasted for one hour and closed without getting any bidders for the Kingfisher Airlines' identities.

This follows the failed auction of the Kingfisher Villa in Vile Parle last year, even after the 17,000 sq ft property was priced at a meagre Rs 150 crore.

On May 12th, the service tax department is expected to sell off Mallya's private jet.

Besides the logo, the 17 lenders led by SBI have put on sale other trademarks of the now-defunct airline such as the once-famous 'Fly the Good Times' tagline, Flying Models, Funliner, Fly Kingfisher and Flying Bird Device.

The brand Kingfisher was collateralised to banks for a whopping Rs 4,000 crore (by Grant Thornton) in 2010, now down to a trickle.

The online auction of brand Kingfisher is being conducted by SBI Cap Trustee Company on behalf of lenders under the SARFAESI Act.

A senior banker said, "The interest for this auction could have been from existing airline operators, but no one will come. It is better to start a new airline company than to buy this brand and revive it."

Mallya had pledged the trademarks as collateral with banks at the time of taking loans from them.

At its peak, the Kingfisher Airlines was the largest airline in the country, with a five-star rating from Skytrax, according to the airline's annual report for 2012-13.

Mallya left the country on March 2 for London. Earlier this week, the government had asked Britain to deport Mallya, citing the revocation of his passport and a non-bailable warrant against him.