The officers and employees union of the grounded Jet Airways Thursday sought government intervention to avert a Kingfisher-like collapse of the carrier. 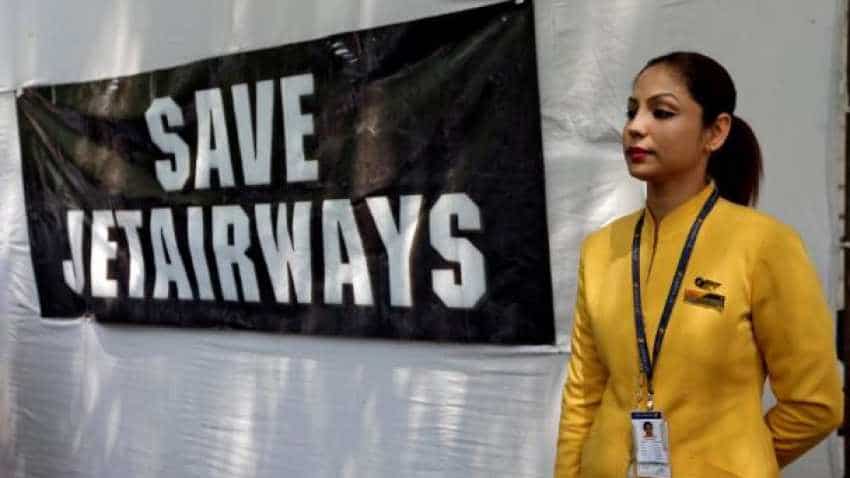 The officers and employees union of the grounded Jet Airways Thursday sought government intervention to avert a Kingfisher-like collapse of the carrier, which could not take off after halting operations temporarily in October 2012. Alleging some "motives" behind the series of developments at the carrier, which eventually forced it to shutter services temporarily from Wednesday night, Jet Airways Officers & Staff Association president Kiran Pawaskar also demanded a probe, preferably by the national investigation agency CBI.

After flying for over 25 years, Jet Airways was grounded last night when its final flight, a Boeing 737, touched down at the Mumbai airport early Thursday after departing from Amritsar. The country's oldest private airline flew its maiden flight nearly 26 years ago from the city airport to Ahmedabad as an air taxi operator.

"The situation is very bad for employees. As many as 16,000 permanent employees don't have work today. I told the management that efforts should be made to resume operations as early as possible," Pawaskar, who is also an NCP lawmaker, said asking why the airline did not clear employees dues before suspending services.

Airlines' chief executive Vinay Dube had Wednesday said the airline did not have an "answer" at present on the fate of its employees during the on-going stake sale process. The airline senior management, pilots and engineers have not be been paid since January while the other categories of employees have also not received their March salaries.

"Employees are ready to work. They are experts at what they do because they have been working for 25 years. We are not going to run away. We will remain here," Pawaskar said.
He said the SBI-led consortium, which now the controls the management, can resume operations after requesting the Prime Minister's Office or finance ministry for the required funds.
The consortium had rejected the airline's appeal for Rs 983 crore lifeline, of which Rs 240 alone were to be used to disburse the pending salaries, Pawaskar added.

He also asked why banks have not cleared the promised Rs 1,500 core loan to the airline even two weeks after chairman Naresh Goyal stepped down from the airline two weeks ago -- the main condition of the lenders to lend more money.

He also said none of the jobs are lost so far and that the employees will continue to claim salaries as long as they are with Jet Airways.