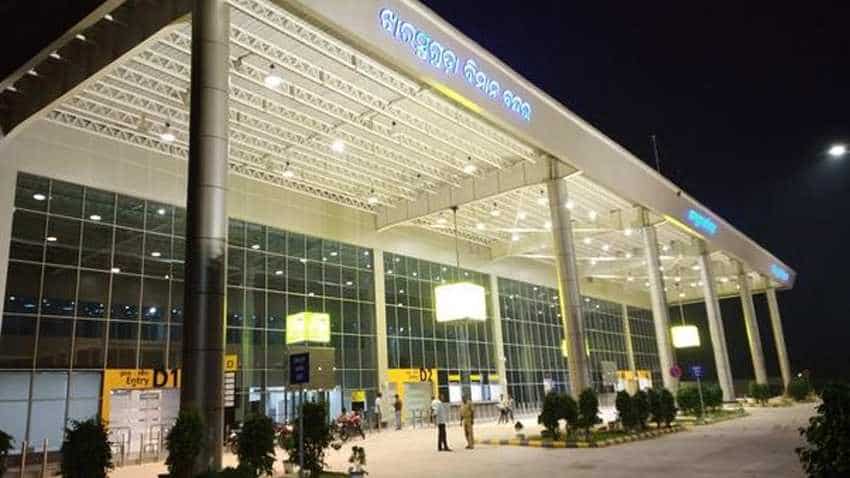 Jharsuguda Airport has a peak hour handling capacity of more than 300 passengers.

Jharsuguda Airport: Odisha got its second operational airport in Jharsuguda on Saturday. Prime Minister Narendra Modi inaugurated the airport after launching some other projects. The government had said in August 2014 that it planned to develop Jharsuguda Airport for operations of A320 type of aircraft.  "The Inauguration of Jharsuguda Airport is being done & UDAN flight from Jharsuguda to Raipur will be flagged off today by Shri @narendramodi. Jharsuguda Airport will be the 32nd #UDAN airport (19th Unserved) being connected under RCS Scheme," said Airport Authority of India (AAI) in a tweet.

It was indeed a proud privilege for me to be part of inauguration function of #Jharsuguda airport by Hon PM in presence of other dignitaries. pic.twitter.com/xcLX7COM1y

Here are the key features of the Jharsuguda Airport:

* Jharsuguda airport will bring western Odisha on the aviation map of India.

* The airport will facilitate regional air connectivity through the UDAN scheme.

* The airport had received a category-B licence in May which made it eligible for flight operations. It has also been with 4C category license which enables it for landing and taking-off of bigger aircraft like A- 320 Airbus.

Along with #JharsugudaAirport in #Odisha Hon PM Sri @narendramodi will also inaugurate Garjanbahal coal mines and the Jharsuguda-Barapali-Sardega rail link which is dedicated to the nation. He will also lay foundation stone for renovation of Talcher Fertilizer Plant#PMinOdisha pic.twitter.com/BfIqu0BeE0

* The airport has been developed at an estimated project cost of Rs 210 crore.

* Jharsuguda Airport has a peak hour handling capacity of more than 300 passengers.

* As far as sustainability is concerned, the Jharsuguda Airport boasts of features like Led lighting,  solar power system,  rainwater harvesting, re-use of treated water, and use of environment-friendly building materials.

* The airport will be opening up new job opportunities in the area and will help in the development of remote areas. It will also promote tourism, trade & commerce besides providing affordable air connectivity for Tier-II & III cities like Ranchi, Raipur, and Bhubaneswar.

Odisha CM Naveen Patnaik has asked the Centre to rename the airport after the name of freedom fighter Veer Surendra Sai.

Aviation in India: Jharsuguda Airport in Odisha gets licence for bigger flight operations

CBSE term 1 exam results 2022 to be released soon: Class 10 and 12 candidates see where and how to check your scores